Sonja Muller Landvogt, 96, a resident of Williamsburg, left this life at the home of her daughter, Kathleen, Saturday, Sept. 22, 2018, after a long illness.

Sonja was born Aug. 13, 1922, on Staten Island, New York, to the late Waldemar and Kaethe Wingert Muller. She graduated from Curtis High School on Staten Island in 1940, attended Wagner College and New York University and later graduated from the Staten Island School of Nursing in 1943. Her nursing internship was completed at the Columbia Presbyterian Babies Hospital, New York City. Sonja served in the U.S. Army Nurse Corps during World War II.

She was united in marriage to Donald P. Landvogt of Staten Island, New York, on Feb. 14, 1943, in Fort Monmouth, New Jersey. They lived for many years in Westchester County, New York, and in Dunedin/New Port Richey, Florida, before moving to Williamsburg in 2000.

After the war, Sonja returned to civilian life, and was a devoted wife and mother. She continued her nursing career after moving to White Plains, New York, where she worked for many years in local doctors’ offices, at White Plains Hospital and IBM Corporate Headquarters. She retired from IBM in 1978. While living in New York, Sonja served as the president of the Pleasantville Women’s Club and on the board of directors of the Westchester County Federation of Women’s Clubs. She and her husband enjoyed sailing. For many years, they were members of the City Island Yacht Club, City Island, New York.

When not spending time in volunteer service, Sonja enjoyed baking, and arts and crafts. She and her husband were active members of the Dunedin Country Club, Dunedin, Florida. Patriotic, and proud of her military service, Sonja was a charter member of the “Women in Military Service for America Memorial Foundation” at Arlington National Cemetery.

She is further survived by her sister, Irene Merrick of Tinton Falls, New Jersey; and sisters-in-law, Elba Landvogt of Staten Island, New York, Evelyn Viafora of Alpharetta, Georgia, and Virginia Johnston of Three Bridges, New Jerey; as well as several nieces and nephews. In addition to her parents, Sonja was preceded in death by her husband of 61 years, Donald Landvogt; and brother, Ragnwald Muller. 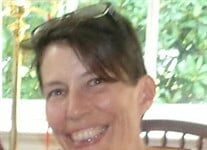 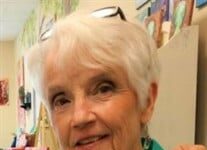 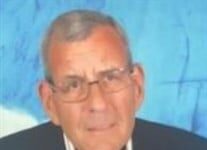