The project dubbed the “House that Small Business Built” is really about providing an affordable home for a family to buy, a place that promises to be a gathering spot for weeknight dinners, holiday celebrations and backyard barbecues. 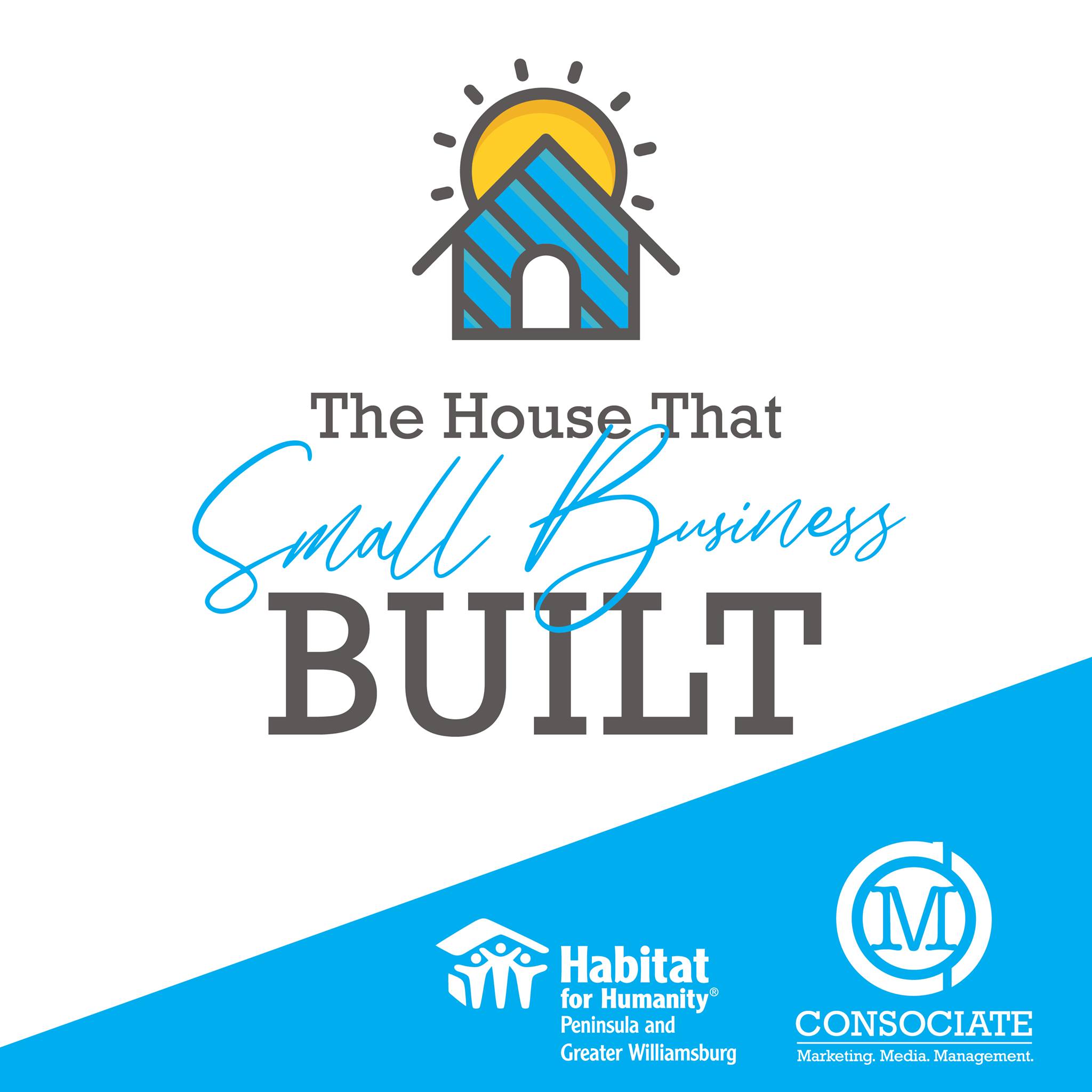 It’s the brainchild of Consociate Media founder Stephanie Heinatz, who approached Habitat for Humanity Peninsula and Greater Williamsburg about the idea as a way to thank the community for helping her build the Gloucester marketing, media and management firm that will celebrate its 10th anniversary in December.

In reflecting on the milestone, Heinatz kept returning to one word — home. Her Gloucester home was the original office for Consociate Media, which has since grown to occupy two separate storefronts in Gloucester Point.

“We’ve never lost our heart for home,” Heinatz said. “For family. For remembering where we all started. Home helped build Consociate Media.”

Not everyone has a home, though. Consociate Media would like to change that for a local family.

To commemorate its 10th anniversary, the Consociate team is spearheading the fundraising for the “House that Small Business Built,” a Habitat house that will become a home for a qualifying family in need. It takes $100,000 to build a Habitat home — a lofty amount for one small business to fund.

“But if we connect together, and consociate means to connect, we can achieve something special,” Heinatz said.

Consociate Media donated the initial $10,000. Additional contributions have poured in from fellow small business owners. But the project needs support from more members of the community to come to fruition.

Heinatz encourages other small business owners and local residents to chip in what they can. The goal is to raise $100,000 by Dec. 2021, which marks the month the first invoice to a Consociate client was sent out to a client, all from Heinatz’s spare bedroom-turned-home office.

Business owners can also become part of the House that Small Business Built by partnering with Consociate Media to sell their products or services and earmarking a percentage of the proceeds to the effort.

Consociate Media has worked with Habitat for Humanity Peninsula and Greater Williamsburg for more than a year, promoting the nonprofit’s mission to bring people together by building homes, communities and hope.

The Peninsula and Greater Williamsburg Habitat affiliate serves Virginia families with low and moderate incomes in the cities of Hampton, Newport News, Poquoson and Williamsburg and the counties of Charles City, James City, New Kent and York.

“It’s a cause near and dear to our heart,” Heinatz said.

Habitat homes are not handouts. They are “hand-ups,” offering qualifying families the chance to build their own homes alongside volunteers and pay affordable mortgages. Donations provide upfront funding for building materials and services that make interest-free loans possible to Habitat partner families.

“We don’t only want to build something that is built to last, we want it to be something worthy of lasting,” Heinatz said. “That’s how I felt about Consociate a decade ago. That’s what we want to give to a family — a home built to last, endure and celebrate the joy of coming together.”

For information on how to donate, visit consociate.marketing/the-house-that-small-business-built.

Prepare: Don’t Leave Cost and Decision-Making to Your Family

Prepare: Don’t Leave Cost and Decision-Making to Your Family