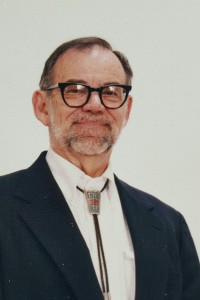 Born January 9, 1934, in Wichita, Kansas, Dr. Hammer received his bachelor’s and master’s degrees in chemistry at Wichita State University, and a Ph.D. in chemistry from Georgia Institute of Technology.

Dr. Hammer moved to Williamsburg with his family in 1961. He worked for a Dow Chemical Company for a short stint before becoming a professor of chemistry at Christopher Newport University, retiring in 1998.

The Williamsburg Choral Guild will miss the jovial tenor who sang with the group for almost a decade.

Jay BeVille, artistic director of the Williamsburg Choral Guild met Hammer about 10 years ago when he was auditioning to join the guild.

“Gary was the type of guy who always had a joke to share and he loved puns. He always had a big grin on his face,” said BeVille.

It wasn’t unusual to see the retired chemistry professor wearing T-shirts with funny sayings on them.

“You would never know he was a highly intelligent, brilliant chemistry professor by his T-shirts,” BeVille said.

Tish Haldeman, former membership chair of the guild, says she was drawn to his quiet sincerity and overwhelming sense of optimism and joy. The two of them shared a love of astronomy.

“He was filled with both kindness and wisdom, but it was more than that.  There was a depth to him that was indescribable,” said Haldeman.

Please view and sign the family’s online guest book at Bucktrout of Williamsburg.