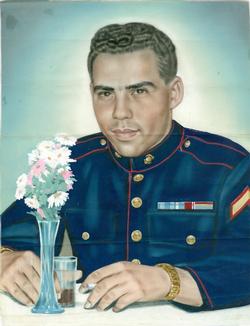 His life’s journey began on September 30, 1934, in Williamsburg, VA, the first child born to Willard, Sr. and Bertha Casselle.

After graduating from Bruton Heights School, he then enlisted in the United States Marine Corps, where he honorably served his country as a Military Police Officer.

A memorial service, celebrating his life, will be held at 11 a.m. Saturday, January 16, 2016, in First Baptist Church, 727 Scotland Street, with the Rev. Dr. Reginald Davis officiating.

Military Honors will be given by the United States Marine Corps. Family and friends will assemble by 10 a.m. Saturday, at the funeral home.