WILLIAMSBURG — The College of William & Mary in partnership with Colonial Williamsburg Foundation have announced the future location of the Williamsburg Bray School as well as a joint research initiative to learn more about the building’s history.

The Bray School, which is thought to perhaps be the oldest extant building on the northern hemisphere which was used for educating enslaved and freed Black American children, will be relocating to the campus footprint of Colonial Williamsburg.

This past February, researchers announced that the building currently located at 524 Prince George St. in Williamsburg, also known as the Dudley Digges House, was, in fact the original Bray School. Four months later, its identity was verified conclusively through a variety of research methods, including dendrochronology (or studying events, patterns, etc. through examining the growth rings of tree trunks and timber).

The Bray School operated from 1760 through 1774 and operated out of this building for the first five years of the school’s existence. Terry Meyers, Chancellor Professor of English, Emeritus, at William & Mary, says that the school moved out of the Digges House in 1765 and possibly to Capitol Landing Road.

During a ceremony today at Colonial Williamsburg’s Hennage Auditorium, the Colonial Williamsburg Foundation and William & Mary announced that they have jointly created a research initiative which will document the history of the school and its students. It is the goal to use this research to guide the creation of new interpretative programs which will explore the history of the Bray School and the children who were educated there.

“This nondescript building that was hidden in plain sight for decades is taking The Colonial Williamsburg Foundation and William & Mary in a new and exciting direction,” said President and CEO of Colonial Williamsburg Cliff Fleet. “This important work will expand our understanding of 18th-century America and add to our body of knowledge about this important time in our nation’s history. These new stories will be passed along through our public history programming and offer visitors a richer and deeper connection to our past.”

On Sept. 13, 2021, the Bray School Board voted to allow the Colonial Williamsburg Foundation to purchase the building and remove any modern additions/changes made to the house. Additionally, permission was granted to move the Digges House to a new location to the northwest corner of Francis and South Nassau streets. According to a joint statement released by the Colonial Williamsburg Foundation and William & Mary, once moved, the house will be restored to its original state and used in the foundation’s public history programming.

RELATED STORY: The Lemon Project continues to study slavery during the coronavirus

The Williamsburg Bray School/Dudley Digges House will be the the eighty-ninth original structure on the Colonial Williamsburg campus. The statement notes that this will be the first new historic building addition since the 1960s.

The timeline notes that both entities plan to have the house fully restored by 2024; the 250th anniversary of the school’s closure in the Digges House.

Another component to this move includes the creation of the William & Mary Bray School Lab, which will document the school’s history to provide a greater understanding of its legacy. The Lab is comprised of William & Mary faculty, students and other collaborators who will work together for this common purpose. Additionally, the researchers will study the motivations of the school’s founders and its pro-Christian curriculum. The joint release from Colonial Williamsburg Foundation and William & Mary states that white slaveowners would send Black children to the school to “receive indoctrination in the Christian faith.”

Additionally, the Lab will look into the legacies of the students who attended the school and aid in providing Colonial Williamsburg with research in order to better create detailed narratives of the lives that passed through the school during its five years at the Digges House.

The Lab will align with related initiatives for both the Colonial Williamsburg Foundation and William & Mary, including its Lemon Project. Input for the Lab will be provided by the Bray School Board and the Bray School Community Advisory Council.

“A multidirectional flow of research is essential to understanding more about the school and, particularly, the students,” said William & Mary’s Presidential Liaison for Strategic Cultural Partnerships Ann Marie Stock. She will also oversee research operations regarding the Bray School. “We’ll be doing descendant research, conducting oral histories to document the restoration while getting input from visitors and the local community. It’s an exciting expansion for our approach to research. By engaging the community in this endeavor, we will catalyze collaboration across boundaries and ensure a broad range of perspectives.”

Dr. Maureen Elgersman Lee, who serves as Mellon Engagement Coordinator for African American Heritage and Culture at William & Mary, will also serve as the Director of the William & Mary Bray School Lab. She will guide the day-to-day research as well as coordinate with the university’s faculty, outside scholars, undergraduate and graduate students, as well as Bray School descendants.

“I’m excited about the model of the lab,” said Dr. Elgersman Lee. “It’s vertical integration, a broad group of individuals who all play a roles and get to contribute to the thinking, imagination and study of the Bray School and the dissemination of its story. This is a lab for collaboration.”

Nicole Brown, a member of Colonial Williamsburg’s corps of Nation Builder Interpreters currently portrays Bray School Headmistress Ann Wager. She will join the research lab team part-time. Brown, a current master’s degree in American Studies candidate at William & Mary, has conducted considerable research on the school and will join the team as a lab assistant while still pursuing her degree. She will also continue in her role as Ann Wager.

“This lab creates an incredible opportunity to continue to welcome the local community into the academic spaces where we have traditionally formed our understanding of history and culture,” said Dr. Elgersman Lee. “As a historian, and as someone who has worked in community history, I’ve learned that the history often resides much more in the community than in the academic spaces. I see building and strengthening these bonds as an essential component of lab work.”

The Bray School Lab is housed in Colonial Williamsburg’s Travis House, located at the corner of Francis and Henry streets.

The purchase of the building was made possible by a donor-advised fund at The Winston-Salem Foundation and a grant though the Truist Charitable Fund from Truist Financial Corporation.

“Truist is proud to support efforts to ensure Williamsburg Bray School has a prominent and permanent home on Colonial Williamsburg’s campus,” said Truist’s Virginia Regional President Thomas Ransom. “Stories of Bray School’s rich history will live on, ensuring future generations understand its significance and the people who were part of it.”

“Thanks to the generosity of Truist, the Gladys and Franklin Clark Foundation and Steve and Gale Kohlhagen, we are able to fully research and interpret the story of the Williamsburg Bray School,” said Fleet. 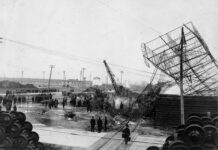 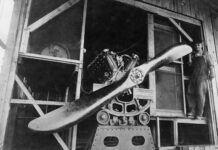