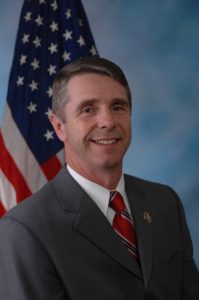 Wittman, the incumbent, has been serving the 1st Congressional District of Virginia since 2007. He has expressed intentions to run for governor in 2017.

“I’m a firm believer in the power of democracy and a firm believer in this process,” Wittman said in a statement. “It’s no small thing that we get to come together like this to choose who holds public office in this country, and I’m humbled that the folks in the First District have chosen me.”

“We’ve still got a lot of work to do to get Washington back on track and out of the business of over-regulating people’s lives and livelihoods,” Wittman said. “But–together–I believe we can be an overwhelming force for change. I’m looking forward to working with men and women across the First District for a better tomorrow.”

Update Wednesday 12:28 p.m.: Results from 99.18 percent of precincts for the 1st Congressional District have been reported. According to the Virginia Department of Elections, 60.71 percent of citizens, or 219,983 ballots cast, voted for incumbent Republican Rob Wittman.