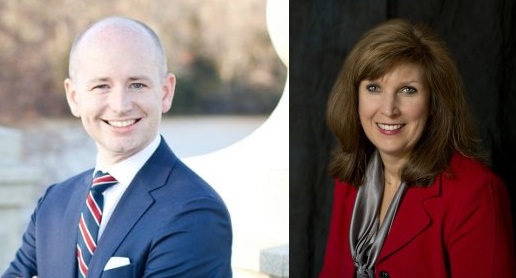 “This is a truly humbling moment,” Mullin said Tuesday. “But now we have to get to work.”

Mullin and related political action committees had outraised his opponent by nearly $63,000. With 88 percent of precincts reporting by 9:20 p.m. Tuesday, Mullin secured a lead of 2,150 votes, winning 18,358 votes and Cordasco winning 16,208.

“It’s only been about a minute and a half,” Mullin said shortly after the race was called. “But I’m looking forward to being able to serve the people of the 93rd.”

According to the Mike Mullin for Delegate website, Mullin is a criminal prosecutor and resident of Newport News. He received a bachelor’s degree from Christopher Newport University and a law degree from The Catholic University of America. He and his wife Laura have three children.

According to the Cordasco for Delegate website, Cordasco is a group fitness instructor and personal trainer. She holds a bachelor’s degree in English from Nyack College. She and her husband Carlo have three children.

“I am truly humbled by the thousands of people that supported my campaign and voted for me,” Cordasco said in a concession statement. “Even though we came up short tonight, I want to thank everyone that made this effort possible. We ran a positive campaign that focused on the issues. I look forward to staying engaged in the community and the political process. I wish Delegate-elect Mullin well in serving our District.”

Mullin will represent the City of Williamsburg, parts of James City County and York County and parts of Newport News in the lower house of the General Assembly.

“Mike is a proven public servant as an Assistant Commonwealth’s Attorney and we know he will bring the same commitment to the House of Delegates that he does to that job,” Del. David Toscano, Leader of the House Democratic Caucus, said in a statement. “We know he will serve the people of the Peninsula well and look forward to having him join us in Richmond.”

Update Wednesday 12:28 p.m.: Results from 96 percent of precincts for the 93rd House of Delegates District have been reported. According to the Virginia Department of Elections, 52.53 percent of citizens, or 19,625 ballots cast, voted for Democrat Mike Mullin.