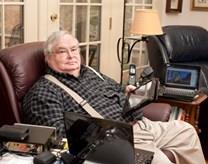 James Evans Tuttle, 66, of Williamsburg passed away peacefully at home surrounded by his family, after an eight-year courageous battle with cancer.

He is preceded in death by his father Evans Tuttle, his mother Rosetta Hutchens and his first wife Patricia Candler Tuttle.

Jim was raised in Hampton, Virginia, graduating Kecoughtan High School in 1967. In 1971, he graduated from Virginia Tech with a degree in English. He began his professional career teaching school in Hampton. However, having always been fascinated with police work, he was recruited by the Hampton City Police Department in 1972.

Jim worked as a uniformed officer and as a detective with the Hampton Police. At that time, he was the youngest officer to make sergeant with the Department. Through some of his casework in Hampton, he developed an interest with the Naval Investigative Service (NIS). Jim joined NIS, now the Naval Criminal Investigative Service (NCIS), beginning a career of 28 years travelling the world. His first duty station was Philadelphia, then Okinawa, Orlando, Philippines, Pascagoula, MS and Norfolk/Yorktown.

Upon retiring in 2006, Jim, a lifelong amateur radio operator (N5MDL), began working with the Amateur Radio Emergency Services providing emergency communication. He worked with the Williamsburg Neighborhood Response Team and the Certified Emergency Response Team (C.E.R.T.). He was the District 3 Area Manager for Skywarn of the National Weather Service.

One of Jim’s greatest pleasures was the distribution of knowledge for impending severe weather to the community and local fire and rescue units. He always worked to keep emergency responders in the safest environment as possible. He will be greatly missed by his more than 600 weather email subscribers.