Editor’s Note: This is a guest story provided to you by WYDaily. The opinions presented in this piece do not necessarily reflect that of WYDaily nor its parent company.

Butler’s version of the story is considered fact: Virginia had just seceded from the Union. On May 23, 1861, three freedom-seekers known today as Frank Baker, James Townsend, and Shepard Mallory bravely trekked to Union held Fort Monroe and purposely surrendered to Private Charles Haskins, of the 3rd Massachusetts Volunteers. The next day, the three were interviewed separately by Butler in his office within Quarters No. 1. Learning that the three had been building fortifications for the Confederates, Butler was faced with a dilemma: what does he do with Baker, Townsend, and Mallory?

He was forced to decide their fate that afternoon, May 24, when Confederate Col. John B. Cary appeared at the fort. A representative of slaveowner Col. Charles K. Mallory, Cary demanded the three be returned. Relying on his judgment and discretion, Butler took the men into custody and put them to work declaring them “contraband of war.” Instantly those legendary words entered the lexicon of Union forces, appearing in official army and navy reports and newspapers.

However, Butler’s detractors quickly began to question the parentage of the term “contraband of war.” They pointed out that Butler did not use the term in correspondence with his superiors at the time. The issue again came to light in 1873, as Butler made a bid for the republican nomination for governor of Massachusetts. On August 21, the Boston Evening Transcript, published an anonymous 2300-word column entitled, “Important Historical Revelation,” signed “A Massachusetts Soldier of Two Wars, Charlestown, Mass.”

The unnamed author presents a detailed alternate version on how the term “contraband of war” came about. The column became a nationwide sensation. Many newspapers printed the story verbatim while others carried shorter versions with barbs such as “General Butler Wearing Another’s Laurels…” (Buffalo Weekly Courier); “… so it seems that Gen. Butler is not entitled to the credit of inventing the application of ‘contraband’ to the slaves” (New York Tribune) ; and “… the real credit for invention of the term, ‘contraband of war,’…belongs, not to Butler, who has always quietly appropriated it, but to a captain in his command” (Port Huron Times).

Briefly told, the referenced captain had been assigned a servant, a formerly enslaved man named Luke who, like Baker, Townsend, and Mallory, had come to the fort seeking refuge. Luke was “about forty-five years of age, and the proprietor of a wife and three children.” Discovering that Luke had been at work on Confederate fortifications, the captain assured him that neither General Butler nor President Lincoln could send him back to slavery. This was reported to Butler who sent for the captain and angrily demanded to know by what authority the captain had given such assurance to Luke. The captain, who was also a lawyer, replied that he had done it ”by the authority of common sense,” and explained, that in his view the slave, having been employed on the enemy’s fortifications, was “contraband of war.”

Newspapers called for the anonymous accuser to identify himself. On August 26, 1873 the author came forward in a 463-word letter to the Boston Evening Transcript. A portion of that letter follows:

As to the matter of “contraband of war,” General Butler was in this dilemma. Either he did know that the negro slaves who had been employed by the rebels on their fortifications, and had escaped and come within our lines, were contraband of war, and by coming within our lines had become freemen; or he did not…If he did not, then he learned the facts from my argument, and acted in accordance with them.

I have never claimed, … any credit for enunciating the doctrine; I was defending my servant, …and would have proceeded to the last extremities in so doing had it been necessary ― nor do I think a lawyer entitled to any particular credit for knowing and applying such obvious principles of law.

The decision of the United States Supreme Court in the famous “Dred Scott” case contained the essential principles applicable to the case. That decision was hailed by the Democratic party, and by General Butler especially…Nor have I kept the affair a secret for twelve years; but have related the facts to hundreds of persons during that time, and especially have I done so to personal and political friends of General Butler.

General Butler was utterly dumfoundered by the argument, and his staff saw it, and some of them were ready to burst into laughter at his discomfiture, a sense of propriety alone restraining them.

It was the first time I had ever seen him reduced to silence in a matter of law…As the Boston Herald, Globe and Courier have called for my name, I give it.

Is Tyler’s story true? The Chicago Tribune, as well as other newspapers, prodded Butler to comment on Tyler’s letter stating on September 6, “There is one subject upon which Butler has not touched during his stumping-tour. His silence is ominous. He got a great deal of credit during the War — indeed, the greatest feather in his military hat was obtained — by his declaration that negroes were contraband of war.”

Uncharacteristically, Butler never addressed or denied the story and when he bowed out of the race for governor, the story lost traction and died. He would eventually become governor in 1883.

And so it seems that Maj. Gen. Butler may not be entitled to the full credit for inventing the application of “contraband” to enslaved freedom-seekers. He is entitled however, to the credit of making a bold and timely decision when someone else suggested it. That credit fairly belongs to him.

Many thanks to Dr. Bob Kelly, Casemate Museum Volunteer, for considerable research assistance.

CATCH UP ON MORE WYDAILY STORIES: 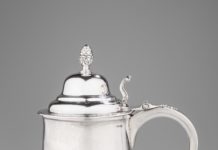 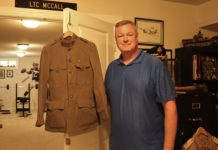 Cherishing History: How One Man’s Collection Pays Tribute to Veterans 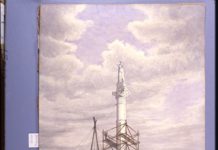 When Liberty Lost Her Head: The Yorktown Victory Monument