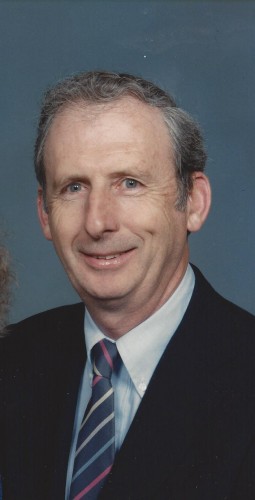 Leo was born on August 30, 1931, in Providence, RI, to Lillian and Leonard Wilfred Doyon. He was raised with three sisters, Shirley, Jean, and Dorothy.

In 1948, at age 17, Leo enlisted in the Army. His first assignment took him to Germany where he helped with planning for the Berlin Airlift. Demonstrating great aptitude and leadership he was recommended for Officer Candidate School. Leo completed OCS and served in a variety of assignments, including tours in Vietnam in 1961 as an adviser, and in 1968 in command of a transportation battalion. Military service awards include Legion of Merit, Bronze Star, and other Army and Defense Accommodation medals.

While in the Army, Leo earned a BBA degree from George Washington University. After 23 years of service, Leo retired as a Lt. Colonel and moved with his wife Dora Jean and family to Seaford in 1971.

He began his second career with the Virginia Employment Commission in 1972. During his more than 25 years with the VEC he served as manager of the Hampton office on 222 East Queen St., the regional director for the Tidewater Region, and as an administrative law judge, hearing employment insurance cases.

Leo was very active in several organizations on the Peninsula, including Northside Christian Church, the Watermen’s Museum in Yorktown, the Blinded Veterans Association, and the Virginia Living Museum, where he volunteered for many years as an exhibit interpreter. He was often seen on the Outside Trail and was known for his expertise on birds, gained from a life-long passion for bird watching. Leo also had a love of reading and averaged more than 100 books a year, and relished every opportunity he had to have breakfast at Pop’s Drive-In.

In lieu of flowers the family would appreciate donations be made to Remember the Children. A memorial service will be held at 7 p.m. Wednesday, Dec. 30, at Amory Funeral Home in Yorktown, VA with a family reception to follow.

Leo will be laid to rest in Arlington National Cemetery at a later date.