Stanley Joseph Scalsky, 82, a civic-minded man devoted to his family 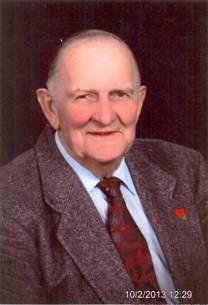 Stan was the beloved husband of 58 years to his wife Marie Demkosky Scalsky.

He was born in Peckville, PA to Stanley Scalsky and Anna Sleboda Scalsky, and grew up in a Polish neighborhood of coal miners. Stan was a devout Catholic and known for his devotion to his wife and family.

In addition to his wife Marie, Stan is survived by his sons Stanley J (wife Terry) and Steven J (wife Lucy). He is also survived by his sisters Anne, Eleanor and Rosemarie and his brother Edward. He will always be remembered fondly as Grampy by his 11 grandchildren and three great-grandchildren.

Stan served in the U.S. Army during the Korean War in the Signal Corps, which led to a sojourn in Fontainebleau, France. This time became one of the most memorable experiences in his young life. He became an expert in communications engineering there, which served him well for the rest of his working life. When his tour was completed, he returned home to his sweetheart Marie, who he married on May 4th, 1957. Stan was a social man who was deeply involved in the Lions Club and other civic organizations.

Congressman Pike congratulated him on his accomplishments to aid the less fortunate as president of the Bohemia NY Lions Club. Stan was active at Saint Bede Catholic Church and served as an usher and a Eucharistic Minister.

He enjoyed fishing, gardening and woodworking. The latter led to many beautiful projects where he supplied the wood forms and Marie would bring her artistic hand to create lovely crafts. His family and friends will always remember him as a generous and kind person who believed in service to his country, his community, his church and his family.

The family would like to thank Riverside Hospital and Hospice for their support. In lieu of flowers, donations may be made to the American Cancer Society.