WILLIAMSBURG — In recent days, there have been rumors floating around regarding the much-anticipated opening of Busch Gardens Williamsburg’s (BGW) forthcoming roller coaster, Pantheon. However, rumors are nothing more than that.

Over the past few days, popular fan sites of the park have stated that an official opening for the roller coaster would be March 2022. WYDaily reached out to Matthew Klepeisz, public relations manager for BGW, who said that there is not an official date that has been released as of yet.

Pantheon, which was supposed to open this year but was delayed due to setbacks during the ongoing COVID-19 pandemic, will be a new addition for ride enthusiasts and adrenaline rush seekers alike.

The coaster will be the first made for the park by Liechtenstein-based ride manufacturer, Intamin Amusement Rides; a company known for stretching limits and barriers as far as rides are concerned. Intamin manufactured the world’s tallest roller coaster, Kingda Ka at Six Flags Great Adventure in New Jersey, which reaches a height of 456 feet. The company also constructed Abu Dhabi-based Ferrari World’s Formula Rossa, which is the world’s fastest roller coaster, hitting speeds in excess of 149 mph.

Pantheon is also set to break records as the fastest multi-launch coaster in the world. According to BGW, the coaster will feature two inversions, four launches, five air-time hills, reach a height of around 180 feet, a top speed of 73 mph (the same approximate speed as the Bolliger & Mabillard BGW coaster, Apollo’s Chariot), and has a vertical angle of 95 degrees.

RELATED STORY: Remembering When Fabio Got Hit in the Honker at Busch Gardens

WYDaily will continue to keep you up-to-date as more information regarding Pantheon becomes available. 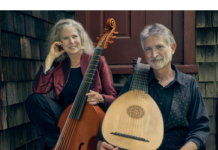 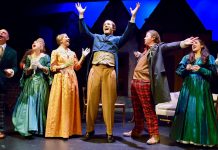