The King’s Arms Tavern is currently closed to the public while undergoing renovations, but the lack of tavern ambience did not detract from the event, which was held at Traditions restaurant.

The tasting was held in a room on the right hand side of the restaurant, which had a nice view of the hustle and bustle outside.

The brown tables were seated roughly six feet apart to allow for a socially distanced tasting experience. The room was decorated with a plush carpet and antiques, such as vases and portraits, that lined the mustard yellow walls.

There was soft chatter from the tasters, who talking amongst their own parties, while others occupied themselves with their cell phones. Everyone waited in anticipation to try the nine courses from the chef’s prepared tasting menu.

The masked servers exuded an air of friendliness while bringing one course after the other to our tables. They provided beautiful descriptions of the menu items and even instructions on how to best indulge in one of the many dishes.

Here is a little look back at the epicureal delights that were served that day.

Nickerson described the dish as a “bulked up version” of the Shields Tavern staple.

The appetizer soup included potato with small bits of crawfish and shrimp mixed in. It was creamy and thick, similar to the consistency of clam chowder. It had a vibrant orange hue and was sprinkled with fresh parsley leaves. The soup tasted similar to a warm, creamy tomato soup stewed potatoes. There was a somewhat spicy aftertaste that followed the rich flavors.

The chef noted that this dish was modeled after the 18th century practice of eating crawfish from New England. At that time, the crustacean was known as the “poor man’s lobster.”

The Ramequins Vol-au-Vent, which the chef described as “savory cheesecakes [that were so] light as to fly with the wind.” The cheesecake was made from a puff pastry dough. The dough was not the lightest but had a generous portion of a blend of parmesan and cheshire cheeses, placed in the middle of the pastry.

The cheesecake also had sides of bright-green baby asparagus, sliced wild mushrooms and thick cubes of bacon lardons; the latter added a smoky flavor to the dish. The red wine dijon vinaigrette was somewhat noticeable mixed with the abundance of flavors that the dish already provided.

In the 18th century, puffs were made out of vegetables “nearing the end of their prime.”

Nickerson described them as “fritter-like hush puppies” but noted that they were lightly fried and very delicate.

The newest twist to this dish was the addition of spring pea hummus.

The dish had a homey, American feel with the scents of garlic and fried foods wafting from the plate. There was a pale green sauce made with pesto and garlic, which left a tangy sensation on the tongue. The carrot puff itself was soft yet moist. The benne fennel sorgum lavosh, which was a seeded chip drizzled with a dark colored sauce, tasted similar to a crunchy toasted cracker dipped with honey.

The Chesapeake Smoked Fish Dip, which included smoked corvina and rockfish “when available,” was paired with sourdough crostini. This menu item, which ran in October of last year, was previously made of smoked trout. The chef said that in the 18th century, colonists would not have wasted any part of the animal, using even scraps and meat scraped from the bones.

The tasting portion was a thin, half-slice of bread that was grilled before being dipped in oil. The dish was soft, unlike what would normally be expected of a crostini. On top of the bread, there was the fish dip, which had a taste similar to tuna mixed with a variety of herbs. Crunchy red onions were balanced on the top, adding a sharp flavor to the seafood dish.

The last appetizer was the Ale Stewed Beef A Top Johnny Cakes. This dish included braised beef short rib on top of a cornmeal cake, with a side of bean and corn succotash. Legend has it that the colonists were introduced to “Shawnee” cakes from the Native American tribes but could not pronounce the word (hence the name “johnny” cake). The chef added that, though the dish “looked heavy,” it is mostly vegetables and is meant to be shared.

The sauce that was spooned on top of the meat was an au jus made from the short rib. The pieces of braised short rib on this taster’s plate were juicy and tender.

The succotash was a traditional mixture of lima beans, chopped onions, corn, and black eyed peas. It had a humble flavor that transported tasters to Colonial Virginia.

The cornmeal cake was similar in presentation to a pancake, but had the sweet taste and texture of cornbread that absorbed the flavors of the au jus.

Madiera Braised Shank of Lamb was served on the tavern’s St. Patrick’s Day menu for two years. Nickerson noted that the dish sold out the first day.

The historical significance of this dish is that the Madiera wine used to cook it was quite popular during the 18th century and was often sold along trade routes in the colonies. Instead of sticking with the colonial manner of cooking the vegetables  –– cooking the carrots down until they were soft and tender –– the modern version caramelizes them using shallot butter.

Nickerson said that the lamb served in this dish is braised for seven hours before it is finished using the Madiera wine.

The carrot was crunchy and the extra salt on the root vegetable added to the enhancement in its flavor.

The braised lamb was shredded and tender with the wine’s sweet and dry flavor being the star of the plate.

The mashed potatoes were creamy; very similar to the warmth of those made at home. An au jus sauce was delicately drizzled across the top of the dish.

On the tasting plate was included one green string bean which had the bold taste expected of this vegetable.

Calling all meat lovers, this dish is for you.

Hunter’s Game Pye is a meat pie filled with venison, duck, and rabbit meat “laced with currant jelly beneath a crusty pastry top.”

“Making pies was a safety measure during the colonial time, since refrigeration was nonexistent. Cooking leftover meat in a pie a second time eliminated any bacteria which might have developed since the first roasting.”

The dish itself is not a new item and is “probably one of our top three sellers,” the chef said.

The pasty-topped pie was filled with a variety of stewed meat. While there were some vegetables mixed into the dark, rich sauce that was made from a fine Port wine, their flavor was somewhat obscured by the abundance of meat.

The server suggested that tasters spread the top of the pastry crust with jelly and that the result would be a shiny but flavorful touch to this hearty dish.

This dish is similar to roasted chicken and was paired with fingerling potatoes and cooked carrots. It is a simple dish but a welcomed one for those seeking a lighter entrée option.

What makes this particular dish stand apart from the traditional roasted version chicken was the thoughtful development of the flavor profile. The bird was marinated for twenty-four hours before roasting and the spices were reminiscent to fried chicken.

According to the menu, the historical note of this dish can be found in the blend of “East India trade route spices”; something that would have been available to many colonists living in port cities.

The fingerling potatoes had an herby yet smoky taste, bringing a hint of flavor similar to the humble baked potato.

The pickled golden beet relish incorporated cubed pieces of beets with a sweet raspberry moustarda. The overall side dish was freckled by seeds of the fruits used in its creation.

This pork chop dish is served paired with a bean and corn succotash accented by apricot jam.

According to the tasting menu, pigs were so plentiful in the 18th century that they wandered the streets of New York, Boston and Philadelphia as though they were stray cats. As a result, countless colonial recipes used pork as the focal protein. The tavern’s version of this dish is cook the pork by brining it with apple jack and spices. A seasonal apricot jam and applejack are served alongside the chop.

Nickerson described this dish as a “throw back to colonial spirit” and that it was best paired with an old fashioned drink.

The pork chop was moist and sweet; drizzled with a fragrant whiskey au jus. The apricot jam was sweet with a hint of honey, which balanced the spices used for the pork chop.

A succotash made of lima beans and corn was served alongside this entrée.

Click through the gallery below to see images of the full sized portions of these dishes.

Throughout the tasting, servers swerved through the dining room, visiting tables, and refilling the taster’s glasses with generous amounts of water.

By the end of the event, everyone left feeling full and satisfied. If there was one note this taster might add to the menu it would be the addition of a salad to pair along with the heavier fair. 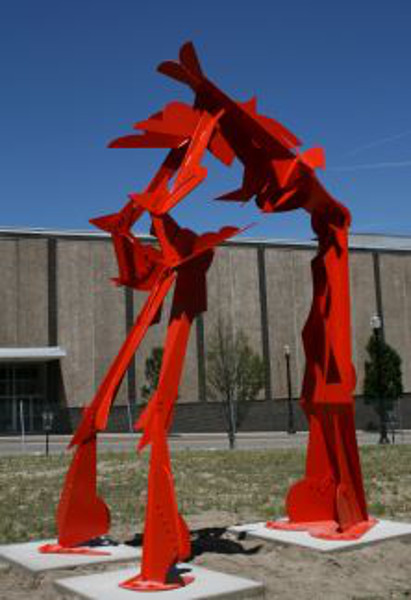 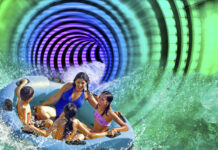