VIRGINIA BEACH — The Tidewater medical examiner issued the cause of death Monday for a 96-year-old woman who was taken from her Virginia Beach home by Adult Protective Services in December.

Irene Muriel McLean died on Jan. 10 from exhaustion caused by malnutrition and “failure to thrive” due to Alzheimer’s, as well as cerebral amyloid angiopathy, which causes protein deposits to develop on the walls of blood vessels in the brain, according to the Office of the Chief Medical Examiner.

McLean also had multiple rib fractures, which contributed to her death, according to the OCME.

The “manner of death” was undetermined, the OCME report stated.

McLean’s death at Sentara Nursing and Rehabilitation Windermere came a little less than a month after she was taken by ambulance from her home in the 900 block of Tigertail Road.

McLean lived with a family member who also had power of attorney. She was removed from the home on Dec. 14, 2016 after an APS worker visited her, according to documents filed in Virginia Beach Circuit Court.

The worker discovered McLean covered in bruises and skin tears, with crusted eyelids, soiled clothes and feces under her fingernails. McLean also had bed sores on her hip, left foot and behind her knee. In some areas, bone or tendon was exposed, court documents state.

A doctor who examined McLean told police she suffered “multiple skin ulcers from abuse or neglect” which showed “neglect for more than three months.”

Now, police are trying to determine whether neglect contributed to her death.

Her relative, who had custody of her since October 2015, told police that McLean hadn’t seen a doctor since an April 2016 visit to a Henrico County Patient First office.

Southside Daily has chosen not to disclose the names of McLean’s family members, including those who interacted with her in the years before she died.

When contacted by a Southside Daily reporter about McLean’s cause of death, the family member she was living with declined to comment.

A group of McLean’s close friends living in her old hometown of San Francisco learned about her death in March via the Southside Daily article published in February.

These same friends hadn’t heard from McLean in nearly four years since she moved to Virginia.

McLean had lived in California for most of her life. During her last few days in California, some friends visited her and met her family. They gave her relatives their contact information and were comforted by promises that the family could have McLean call them when she got to Hampton Roads.

But a call never came. For a while, McLean’s friends tried to call her. Occasionally a family member would answer, but they never put McLean on the phone. They would tell McLean’s friends that the woman was doing well and swimming every day.

After several failed attempts to reach her, McLean’s friends gave up. They figured she didn’t want to talk to them or that the family was trying to protect her from becoming homesick.

Her friends said that she was a financially capable woman who could have afforded professional care. Her house sold for in 2014, the home was sold for a little more than $1 million, according to property detail documents provided by McLean’s friend Jean Mastagni, a realtor.

She also lent a friend named Steve Kovacs and his brother, John, $200,000 between 10 and 15 years ago. In November 2015, Kovacs made arrangements with one of her family members to pay the debt off after that relative proved he had McLean’s power of attorney.

The relative she’d been living with would have been one of two heir’s to McLean’s estate, according to friends. McLean had no children of her own.

Another friend, Randa Pratt, said that McLean intended to leave her estate to her Hampton Roads relatives because she had no children.

“Irene had no children, so people leave money to their bloodline,” Pratt said

The Virginia Beach Police Department declined to comment on the case.

Mayfield can be reached at adrienne.m@wydaily.com. 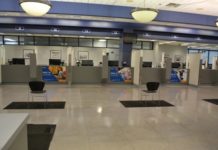 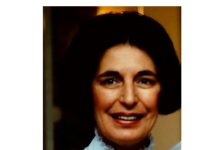 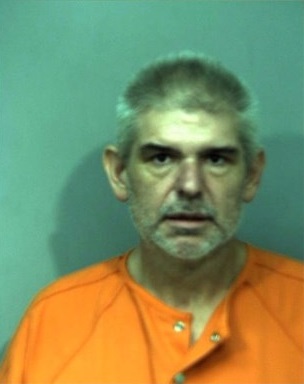