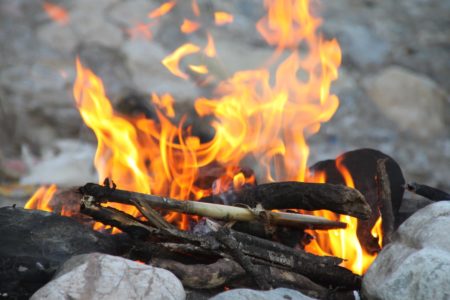 A burn ban is in effect through April 15 in James City County, the fire marshal said Thursday.

The measure prohibits open burning within 300 feet of woods or grass before 4 p.m., according to a release. Other open-air burning is restricted to the hours between 4 p.m. and midnight.

The burn ban became effective on Feb. 15. According to a county news release, the ban is needed because of an increased risk of forest fires at this time of year, due to a combination of high winds, low humidity and dry materials.

After 4 p.m., winds typically die down and humidity rises, the release stated.

The measure includes a ban on campfires and recreational fires, but does not extend to fires in approved containers with a ¼-inch metal screen. Fires in commercially available chimineas are not covered by the burn ban if they are in good condition and the fire is attended at all times.

Gas and charcoal grills are also exempt from the burn ban, as long as they are attended while they are lit and flammable materials are kept away.

Joan Quigley
Joan Quigley is a former Miami Herald business reporter, a graduate of Columbia Journalism School and an attorney. Her writing has appeared in the Washington Post, TIME.com, nationalgeographic.com and Talking Points Memo. Her recent book, Just Another Southern Town: Mary Church Terrell and the Struggle for Racial Justice in the Nation’s Capital, was shortlisted for the 2017 Mark Lynton History Prize. Her first book, The Day the Earth Caved In: An American Mining Tragedy, won the 2005 J. Anthony Lukas Work-in-Progress Award.

Yorktown Market Days set to reopen and participate in SNAP

Yorktown Market Days set to reopen and participate in SNAP