WILLIAMSBURG — Seven years removed from a history-making season at William & Mary, Michael Katz ’16 had kept in touch with baseball by working in sports marketing at GEICO. Last month, he unexpectedly had the chance to get further and more personally involved.

Because of other opportunities, Tribe coach Brian Murphy lost a full-time assistant in January and volunteer in late April. Going into the final month of the season, Pat McKenna was the only member of Murphy’s coaching staff.

So Murphy reached out to a Tribe legend. Living a couple of hours away in Northern Virginia and working from home, Katz shuffled some things around to make it happen.

Starting two weeks ago and for the rest of this season, Katz will serve as a volunteer assistant with the team he helped lead to a 104-71 record from 2012-14. He’s doing it for one simple reason.

“It was my love for Tribe baseball,” Katz said. “When Coach Murph called, I was immediately excited. First I was like, ‘Can I do this?’ I mostly help on late afternoons and the weekends, and I didn’t have any plans. It fit into my schedule, so why not?

“It’s fun being back at Plumeri Park and fun being in Williamsburg. And it’s fun to be a part of Tribe baseball again.”

“He’s 28 years old now, and there’s a lot of things he could do on his weekends,” he said. “But his first response was, ‘Let me see if I can find a way to make this work.’ That level of commitment to our program is pretty special.

“For him to have that kind of loyalty, that’s a good example for our guys in addition to what he can bring. He gets what our program is all about. I’m fired up to have him in our dugout again. There’s no down side to that.”

His career at W&M ended in 2014 when the New York Mets selected him in the ninth round of the MLB draft, but Katz is no stranger to the current roster. His picture is prominent in the Plumeri’s locker room and practice facility. His name remains all over the record book.

“He was an All-American,” Murphy said. “He has instant credibility with the players.”

With his job at GEICO, Katz generally gets off at 4 p.m. On some days — “about half,” he estimates — he’s able to make practices.

On game days, Katz is the first base coach — “I try not to get anyone picked off,” he said. He also works with position players on technical tips and the mental part of preparing for a game.

“I’m not coming in trying to reinvent the wheel or totally revamp someone’s swing,” Katz said. “I’m trying to boost some confidence and tell guys how I approached things. I’m trying to help out any way I can, whether it’s sharing my experiences or with in-game and off-the-field adjustments.”

Murphy badly needed the help on his depleted staff. Still, he had no intentions of hiring just anyone.

“We wanted someone who knew our program, who could provide some value and fit in,” Murphy said. “It’s an unusual situation to add a coach with a month left in your season, so we wanted to make sure we had someone we knew and understood what we’re about. It worked out with Mike.”

A natural question: Is this a one-time thing to help his former coach? Or might this be the start of a new career path?

“I think it’s always in the back of your head when you stop playing — ‘should I get into coaching?'” Katz said. “I had been coaching a local travel team with a friend of mine the last two years. That’s another way to stay connected to the game, and it’s fun being a mentor and remembering when I was that age.

“But I remember the grind of college baseball with the long days on the field. Coach Murphy and Coach McKenna put in hours on top of that in the office with the admin stuff and recruiting. It’s not just showing up to the field, hitting some grounders, throwing some BP, and you’re done.

“But it’s definitely on my mind, and I thought coming here for a month would be a little test. So we’ll see.” 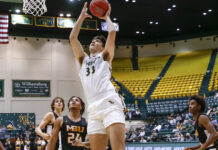 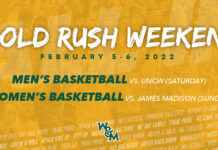 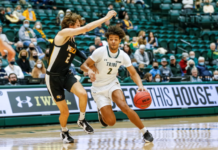