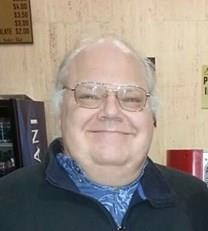 He was preceded in death by his father, William Nicholas Roob; mother, Joan Prom Roob; and his brother William Milton Roob, II.

He graduated from Old Dominion University with a bachelor’s degree and also the Aviation School through the U.S. Army where he ended up flying Huey Helicopters.

Ronald enjoyed playing roll playing games with his friends and family members, and was know to be the best Game Master for Middle Earth and Champions games.

Ronald served as a supervisor of Prince George Parking Garage for the City of Williamsburg, under the Williamsburg City Police Department.

Ronald also worked for many years for Colonial Williamsburg Foundation under their Security Department.

He leaves to cherish his memory, his loving and devoted wife, Barbara J. Roob; his precious daughters, Rachelle L. Roob and Joan Amber Roob of Williamsburg; his brothers, Daniel Roob and his wife, Anna of Newport News; Richard Roob and his son, Adam ; and his sister, Debra Costello and her husband, Patrick all of Williamsburg.

A funeral Mass will be held at 3 p.m. Wednesday, December 30 at the St. Bede Catholic Church, 3686 Ironbound Rd., Williamsburg, Va. A celebration of Ronald’s life will be held at a later time.

The family requests that in lieu of flowers donations to be made is his honor to the American Cancer Society, P.O. Box 22478, Oklahoma City, OK 73123 or to the American Heart Association, 4217 Park Place CT., Glenn Allen, VA 23060.