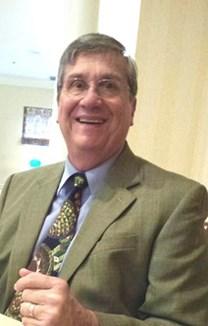 Robert Lee Osborne (Bob), age 73, of Williamsburg, Virginia, passed on Monday, November 30 at the home of his daughter and new grandchild.

Bob was born the third son of Chicago Doctor George M. Osborne and Ethel Femrite Osborne on November 20 1942. Bob met his wife Linda Reuther Osborne at the University of Florida.

After graduating together in 1966, they traveled the world with his career and she taught high school math. Bob was a Lt. Commander in the Navy serving both active duty and reserves. He continued his service with the Army Corps of Engineers.

His passions were joke telling, Florida Gators, cars, guns and being a grandfather.

In lieu of flowers, please consider a donation to American Heart Association, Wounded Warriors, and CHKD in his name. Cards and well wishes should be sent to Linda Osborne at 125 Jordans Journey, Williamsburg, VA 23185.

He is gone too soon, and we will always miss him. Go Gators!