The Bluebird Café in Nashville, Tenn. is one of the most venerated institutions in all of country music. Since the early 1980s, it has been a jumping off point for any number of country stars. Artists like Garth Brooks, Kenny Chesney and Dirks Bentley all graced that stage regularly before becoming household names.

In 2004, a 15-year-old Taylor Swift was offered a record deal after just one performance at the venue.

Then, last Monday, one more name was added to that prestigious list when Williamsburg-native Alexa Allmann took to the Café’s virtual open mic stage after winning the restaurant’s Golden Pick song writing contest for the month of May.

It seems to not be a surprise that Alexa won the competition. Artistic expression runs deep in her family.

“We were a performing arts household,” she reminisced. “Both of my parents were actors before they had kids, so music, theater, dance were in our lives from the very beginning.”

Starting out on piano, Alexa went on to learn several instruments including the harp, thanks to a program at Laurel Lane Elementary School. Using the knowledge she gained through that program, she was able to teach herself how to play the guitar.

“The Sound of Music is my favorite movie of all time,” she laughed. “Julie Andrews is the queen.”

She loved the medium so much that her elementary school teachers let Alexa and her friends put on performances during school lunches. On the other side of the spectrum, Alexa says Shania Twain also played a vital role in shaping her into the artist she is today.

“She’s probably where I started to get the vocal phrasing that use,” she noted. “The way I move between octaves is how I used to sing ‘as Shania Twain’ when I was singing her songs.”

As for the song writing, that is just something she’s been doing since the age of six. “When I was little, my parents helped me understand songwriting as a way to process my emotions and it’s because of their creativity and guidance that my music became my diary,” she said. “My sister describes it as lyrical diarism.”

It might be a considered a tall order for a lot of people to be so honest about what they were feeling in their own personal journal, let alone out loud for other people to hear.

Alexa’s willingness to be open about deep human emotions, such as loss and sorrow is what caught the eye of the contest judges. ‘Hallelujah’, the song. She wrote it as a tribute to her close friend’s husband, Greg, who died by suicide by in 2019.

Encouraged by her inner circle to enter the contest, Alexa knew she which song she wanted to enter, but before doing so she ran it by her friend.

“I told her that I wanted to post the song and that I didn’t have to mention Greg,” she remembered. “She said ‘I’d really love it if you did.’ Because I’d like more people to understand his story and to become more comfortable talking about mental health and ending the stigma.”

After Alexa entered the contest, she heavily doubted that she would actually win. She thought that the song would be too sad to get any real consideration. “So I put it out of my mind and I was so surprised when I got the call from the Bluebird that I won for the month of May.”

A contest winner, which is selected each month, wins a brand new Taylor guitar and the opportunity to play the Café’s open mic night. Since the pandemic has shut down music venues, she had to settle for performing on the virtual stage on May 17.

Alexa, who currently lives in Ithica, N.Y. with her husband Matthew, says that she plans to get down to Nashville once the Bluebird can resume normal operations. In the meantime this whole experience has affirmed her skills as a songwriter.

“I can’t thank the Bluebird and Taylor guitars enough,” she said. “For someone like me who does not usually perform their songs publicly…I can’t put into words what it means to be heard by the Bluebird is incredible and winning it is a dream come true.”

Click on the video below to hear Alexa Allmann’s award-winning song, “Hallelujah.”

CATCH UP ON MORE WYDAILY STORIES: 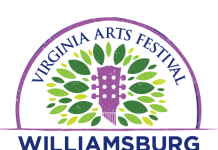 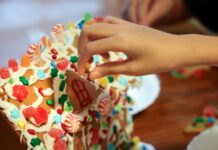