The skate park across the parking lot from the James City County Recreation Center is a popular spot — and earlier this month it was filled with the next generation of skaters, many of them stepping on a board for the very first time.

“We’re trying to create a skate culture and then create it the way we want it to be,” said Triangle Skateboard Alliance President Max Pfannebecker. “You know, I want our kids to do community service, I want my skaters to come out and help new skaters.”

The Beginner Skate Clinic, hosted by Pfannebecker and TSA, capped its attendance at 20 kids. But when the day came, they had nearly double that.

“We went significantly over our cap, because I didn’t want to turn anybody away,” Pfannebecker said.

Two more free clinics are coming to the same spot in July and August, and though the registration lists are filling up fast, Pfannebecker is finding more and more volunteer coaches.

“People just wanted to try a new sport,” Pfannebecker said. “And because they didn’t have to spend the money on a skateboard and pads and helmet to come and do it, I think we got a lot of people who were just open to the experience and bringing their kids.”

Saturday’s youngest volunteers were 10 and 11, approximately the same age as the kids who showed up to learn — and in July, a new face in the crowd will be Jaime Reyes, a professional skateboarder, one of only two women to appear on the cover of Thrasher Magazine, and a pioneer of the sport.

Pfannebecker said the age range of the event was between 6 and 15 years old, and the goal was to teach the new skaters the very basics — how to stand on the board, push around, roll down ramps and some simple tricks. But Pfannebecker said he also wanted to hear what the kids themselves wanted to accomplish.

“We have a questionnaire when somebody signs up, it says” look, what’s your current level, what kind of equipment do you have, what do you hope to accomplish?” Pfannebecker said.

The answers he said were wide and varied, from learning how to ride, to just wanting to make new friends.

Some kids at the event were on the autism spectrum or had severe ADD, and although he planned accordingly, Pfannebecker said no special accommodations were ultimately necessary.

“We didn’t really find that to be an issue in skateboarding,” Pfannebecker said. “It was a place where kids who maybe would struggle in a ‘sit down and do something’ sort of environment really didn’t struggle in a skate camp because they get to move the whole time.”

TSA recently wrapped up another series of events in Gloucester — a multiday skate event, where kids participated in skate activities and arts and crafts such as painting a sign that read “Virginia is for Skaters,” and planting flowers around the local park.

To parents thinking about introducing their children to skateboarding, Pfannebecker said to be ready for both the frustrations and the joys that come along with the sport.

“We tell parents and we tell kids: expect to be frustrated, expect to get a little angry, because it’s not easy. But, expect that your child is going to be a stronger and more resolute person if they stick with it — because it’s hard … and that you’ve got a group to support your child and that journey,” Pfannebecker said.

To register your child for upcoming Beginner Skate Clinics on July 13 and Aug. 10, you can do so on the TSA website.

Clarification, 7th paragraph: Max Pfannebecker said during the interview for this story that two women in history had been on the cover of Thrasher Magazine. In an interview for a different story, Jaime Reyes said three women have been featured in cover photos. 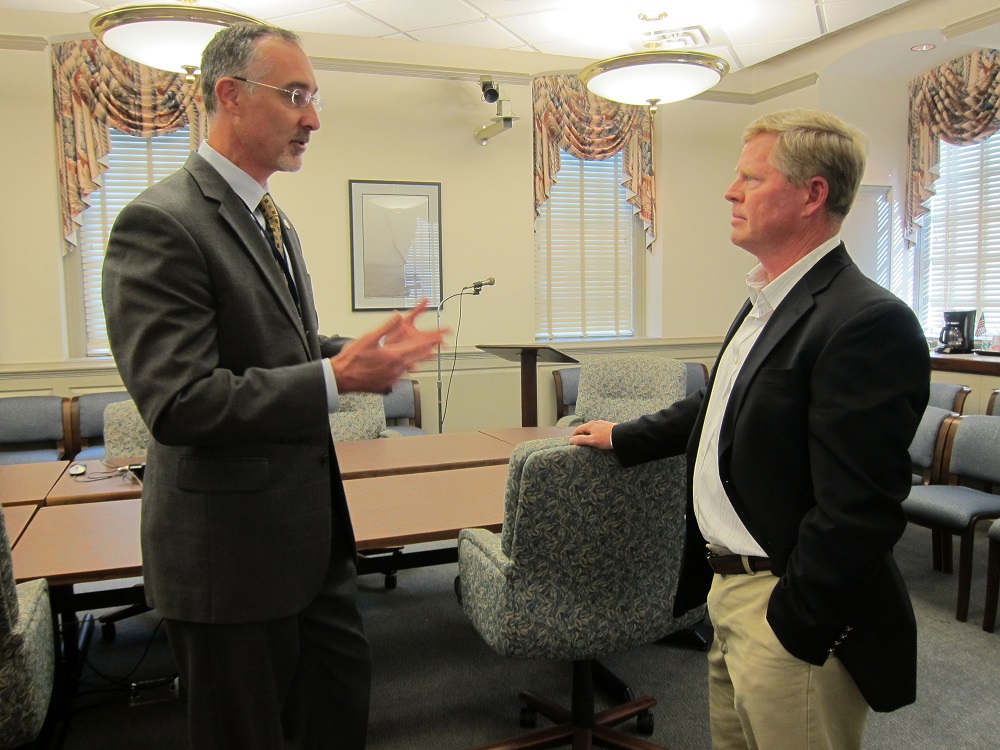