Those who get dragged along for holiday shopping at the Williamsburg Premium Outlets can now escape the stores and go to the Best Brewery of 2017.

The award comes several months after the brewery, which began operations in 2006, opened a second location in the Premium Outlets, focusing on small-batch brewing, collaborations and event-related beers.

The new tasting room for the brewery opened up a variety of new opportunities, resulting in the honor of winning Best Brewery of 2017, Geoff Logan, brewmaster and managing director for Alewerks, said.

“We’re proud to be a part of such a talented community, and humbled to have been awarded such an honor,” Jeff Phillips, the brewery’s marketing director, said.

Veer Magazine has been holding their annual Golden Tap Awards since 2011, according to the magazine’s Facebook page. Veer is Hampton Roads’ premier freely distributed magazine focused on arts, culture, food and drink, according to Ghent Business Association.

In past years, Alewerks has placed in various categories, but this is the first time it has won the overall competition, Logan said.

According to Veer Magazine’s website, the medalists are determined half from online polls and half from a group of judges. The judges each pick a first, second and third place beer in the different categories.

“It’s a very nice bit of recognition for us,” Logan said. “The whole team works very hard every day to put out the best product. We focus on keeping quality paramount here and that’s what we’ve always done.”

The Alewerks company has 35 employees who contribute to its success, Logan said. This past year, the company has undergone a number of changes, from adding a second location to introducing new packaging and offering new seasonal selections.

Next year, Alewerks plans to continue making improvements that add to the quality of their atmosphere and product, according to Logan. The competition judges look at various qualities from flavor to design to the total experience.

“It’s kind of inclusive qualities,” Logan said.”Beer packaging, presentation, location — it all adds to what the customer experiences in the glass.”

The award was presented to Alewerks on Tuesday at the O’Connor Brewing Co., the winner of last year’s Golden Tap Award.

O’Connor has won the award for the past three years but was defeated by Alewerks this year by just one point. Alewerks earned 22 total points while O’Connor tied for second place with Smartmouth Brewing Co., earning a total 21 points each, the magazine’s website said.

All of the proceeds from the competition are donated to the Hope House Foundation, a local nonprofit that provides services to adults with intellectual and developmental disabilities exclusively in their own homes or apartments, according to the foundation’s website.

The event is sponsored by the City of Norfolk Department of Economic Development, Cavalier Land and Draft Services of Virginia, the magazine’s website said. 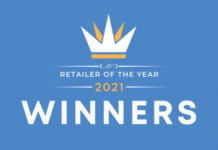 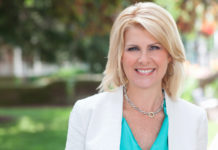