GLOUCESTER — Inspiration to start a business can come from just about anywhere.

For Mike Brewer, a former project manager at NASA-Langley, the inspiration to start Gloucester Brewing Company (GBC) came from a love of beer.

It was also drawn from an admiration for a building that sits on the corner of Main Street and John Clayton Memorial Highway in downtown Gloucester.

For years, Mike drove by the 1920s-era red-brick storefront; often pointing it out to his wife, Laura. He saw a lot of potential in the old building.

“It used to be a small engine repair shop and it had sat empty for a few years,” Mike remembered. “It’s a beautiful building and I would say to Laura, ‘that’d be a great brewery, wouldn’t it?'”

Laura, who’s “official” title on the GBC website is listed as, “the voice of reason,” reminded her husband that he did not know how to brew beer.

Mike conceded that she had a point. Luckily, he knew a guy who did have the “know-how.” Mike called up his good friend, fellow NASA employee and long-time amateur beer maker, Myron Ware.

Myron became a home brewer in the early 1990s when he purchased his first mail-order beer kit. Over the years, he honed his skills and recipes in his garage, using his friends as his focus group.

“When you’re homebrewing you spend about a year just trying to make beer that people want to drink,” Myron said. “Then at a year and a half before people start saying ‘oh now he’s brewing beer that we want to drink, as opposed to half to drink.”

Mike saw the potential in Myron’s brew skills and recipes and proposed that they take a shot at opening a brewery together.

With the support of their respective wives, the duo spent most of 2016 setting up their business.

Mike did research on localities that would support a brewery. He applied for the appropriate business licenses in Gloucester County and was able to secure a lease on the coveted Main Street building.

“Gloucester County was very supportive of us,” Mike remembers. “We were able to take advantage of grants from the Gloucester Main Street Association and Main Street Preservation Trust. The  community has been a tremendous support system.”

Mike recruited his son, Michael, to help build the brewery’s website and jumpstart its marketing campaign.

Myron readily recognized the big difference between home brewing and brewing for paying customers. He sought the counsel of already-established craft brewers and shadowed them as they made large quantities of beer.

“In home brewing, you know how to do the recipes and chemistry,” Myron noted. “Going to a seven barrel system from 10 gallons is another world entirely.”

They hired contractors to convert the building, which is a former repair shop, into a brewery. Mike and Myron, who were still working their respective full-time jobs at NASA, had some concerns about not being on-site during construction.

Michael left his job in northern Virginia so that he could act as Mike and Myron’s representative during the build out.

When the GBC opened for business in 2018, Michael’s plan was to work the bar and keep the books. However, he was often pulled into helping Myron brew beer.

The more Michael brewed, the more he liked it. Before long, he found himself quarterbacking the whole production process.

In the years since GBC opened its doors, Mike, Myron and Michael have managed to build their business around good beer and a tight-knit community.

With a mix of safe yet flavorful brews such as John Beere Cream Ale and Low Ground Brown Ale and more adventurous, envelope-pushing brews like Flamingo Tide Session Ale and Better Than Roses Chocolate Cherry Stout, GBC has developed a broad range of beer fans.

Demand for GBC beer has gotten so high that Michael does not have enough space nor equipment to keep up. As a result, GBC struck a deal with St. George Brewery in Hampton to help brew and store its more popular beers.

Mike notes that the trend in the craft beer industry is for start-up breweries to begin immediately with an onsite taproom and outside distribution.

“Those are two totally different operations,” Mike said. “We don’t distribute. We are barely able to keep up in the taproom, which is a good thing.”

The GBC management team’s focus on their taproom has paid off. On the days in which the taproom is open, customers will find a mix of regulars and passersby without anyone feeling of being out of place.

“People come in here and sit their same spot on a Monday night, get their beer and enjoy it,” Mike said. “We have local business folks who tell me that they get get clients by coming in, hanging out and meeting new people. That lends credence to the fact that we are a community hub.”

The younger Brewer looks at GBC’s roll in Gloucester from a historical perspective.

“Some of the best beers in the world, are made in old breweries that do not distribute, mainly in Europe,” Michael mentioned. “They only sell it at their location. It creates a destination. When I started here, I used to want to get into distribution, but seeing the support and the loyalty we have gotten from the community, I want us to have that small German village type feel here in Gloucester County.” 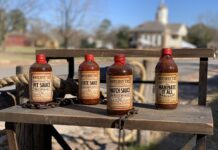 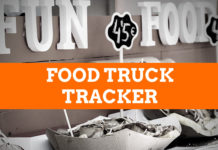 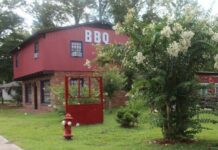