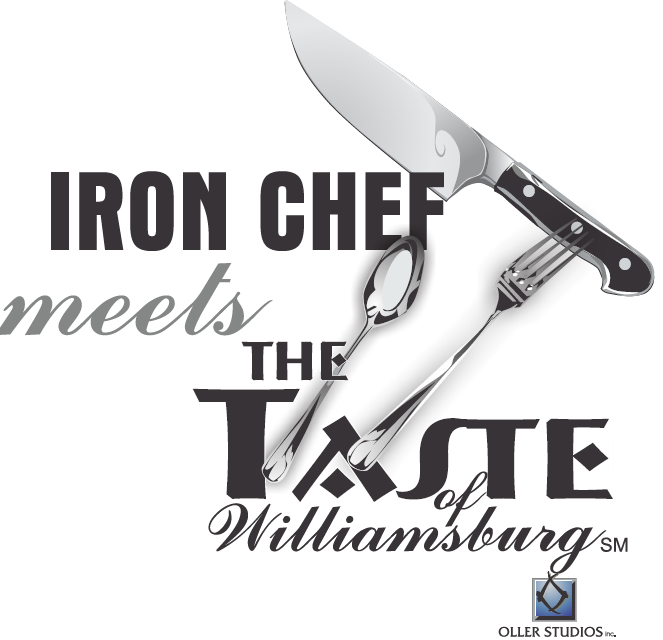 For the first time ever, two local organizations are teaming up to offer Williamsburg’s finest chefs a chance to battle it out in a cooking competition and showcase their most prized dishes.

In the past, Iron Chef — a local chef’s competition held by the Williamsburg Area Restaurant Association — and Taste of Williamsburg, a food expo hosted by the Greater Williamsburg Chamber & Tourism Alliance, were held a week or two apart.

Because the two events were similar in what they offered and held around the same time, the two organizations decided to merge the event into one showcase and competition, according to the alliance’s business events manager Michelle Williams.

The event begins at 6 p.m. April 29 in the Colonial Heritage Golf Club with sampling of dishes from the local establishments and a chance for citizens to select their favorite dish in the People’s Choice Award.

At 6:45 p.m., teams consisting of three chefs will be given a basket of mystery ingredients — including a “curveball” item that is dissimilar to the rest of the ingredients — and asked to battle it out in the kitchen.

The following Historic Triangle chefs will be cooking in the competition:

The competition will feature a live feed, so those still tasting samples in the ballroom or dining room of the Colonial Heritage Golf Club can also watch the chefs at work.

Chefs will have 45 minutes to create an appetizer and an entrée that will be tasted and critiqued by judges — one of which will be chosen from the audience.

At the end of the night, judges will name one team Iron Chef and present the awards for Critic’s Choice, Toasts of the Taste, Best Presentation and People’s Choice.

The competition and food expo will be held at Colonial Heritage Golf Club, located at 6500 Arthur Hills Drive.

Attendees are encouraged to bring a canned good, which will donated to FISH Inc.— a local nonprofit that donates food, clothing and financial contributions to those in need — and the Foodbank of Virginia.

Tickets are $65 and can be purchased here. For more information on Iron Chef Meets Taste of Williamsburg, call 229-6511.

A local organization that helps children with disabilities exceeded last year’s fundraiser by more than $25,000 at its annual live and silent auction.

Gerald and Marylan Johnson were the winners of the 2014 Ford Focus SE, provided by Hall Ford Lincoln of Newport News.

“The auction was a huge success,” said Marsha Hargette, CDR’s Director of Development, in a news release. “We are very fortunate to have such a supportive community and hardworking volunteers.”

How Cremation Has Changed the Landscape of Funerals

How to Stay Connected During Weather-Related Disasters

How Cremation Has Changed the Landscape of Funerals

How to Stay Connected During Weather-Related Disasters