Initial claims spiked by more than 12,000, which is the highest its been in more than a month. Conversely, the number of continued state unemployment claims has fallen by more than 3,000 to a total of 37,569, according to Dragas’ press release.

“While the number of Virginians receiving some form of benefits continues to decline, the number of initial claims quadrupled from the previous week, rising to its highest levels in more than five weeks,” said Dominique Johnson, research associate at the Dragas Center. “The general trend, however, shows a continued steady decline in both initial and continued claims from the peak in April 2020.”

Johnson went on to say that the latest number could be a sign that the COVID-19 delta variant is negatively effecting economic recovery.

Initial claims in the Hampton Roads area jumped by 2,600 from 3,268. Though in keeping with the rest of the Commonwealth, continued claims fell by 866 to a total of 9,574, according to the Virginia Employment Commission.

“After four straight weeks of steady declines, the rise in initial claims for the latest week highlights the anemic recovery Hampton Roads when compared to that of the nation,” said Robert McNab, director of the Dragas Center. “While expanded unemployment benefits have ended, we have yet to see signs of increased labor availability. We continue to be concerned about the number of residents who have left the labor force entirely, a phenomenon mirrored in state and national data.”

The report also mentioned that the current stalemate in Congress over the national debt will likely effect Virginia and the United States as a whole if the . A partial government shutdown on Oct. 1, would hurt economic activity which is still recovering from the COVID-19 pandemic.

A default on the national debt would have catastrophic impacts on financial markets globally and likely plunge the United States into a financial crisis as well as a recession. Congress must act swiftly to pass a continuing resolution and raise or eliminate the debt limit entirely,” according to McNab.

For more information on this report, visit the Dragas Center’s Commonwealth Economic Dashboard. 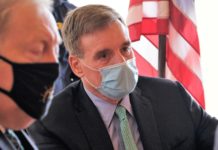 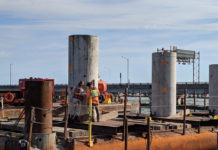