As a Virginia transplant, Nancy Schaffer missed the farmhouses popular in the Midwest, where she grew up. But her current home in Powhatan Secondary, which features a combination of characteristics from both farmhouse and Colonial style homes, offered the best of both her worlds.

After living in Williamsburg for a few years, Schaffer zeroed in her home search to Powhatan Secondary.

“I could not think of a better neighborhood to live in than Powhatan Secondary,” Schaffer said. “It’s a great place to raise the kids.”

Schaffer secured a rental in the neighborhood. Around the time the rental agreement was set to expire, Schaffer’s neighbors, two doors down, listed their home for sale. Attracted to the semi-wraparound porch reminiscent of farmhouse style, she went over to take a look.

“I think the biggest draw when you walk up is this porch, because you don’t find a lot of semi-wraparound porches in this neighborhood,” Schaffer said. “You see a lot of that out in the country, but not so much in the city.”

Inside, Schaffer was pleasantly surprised to find more of a Colonial-style floorplan.

“I thought how interesting that it’s very Colonial inside because it’s got the rooms that are clustered and separate from each other, except for the living room and kitchen,” she said. “A lot of people don’t like that. They’re into the open floor plans, but I feel like it’s so cozy. This is what I think of when I pictured a Virginia home.”

Not only was the floor plan ideal, the four bedrooms were designed to be very spacious, so no one in the family felt like they were on top of each other.

“If I could have invented my perfect house, that’s what it would have been,” Schaffer said.

On move-in day six and a half years ago, the neighbors helped Schaffer and her family walk their belongings two doors down to their new home. Once settled, the family began adding their personal touch.

“It was just little things when we got here,” Schaffer said. “Like the front door was sort of a maroon, and I thought this door needs to be red. It needs to be that bright, country red.”

The landscaping was also edited down to highlight the home’s best features.

“The landscaping out front was taking away from the house a little bit because we had a lot of big trees and bushes,” Schaffer said. “There was a lot going on in the front that I felt was hiding that porch.”

They also did away with the tan color scheme in favor of a more modern grey, swapped out the brass hardware for oil-rubbed bronze, and updated the bathrooms, among other improvements. The home’s farmhouse style started to come together.

“When we’re outside doing yard work or bringing in groceries, a lot of times people are out and they will stop and tell us how much they love our house,” Schaffer said. “And that means a lot to me, because people are noticing our home amongst all these others.” 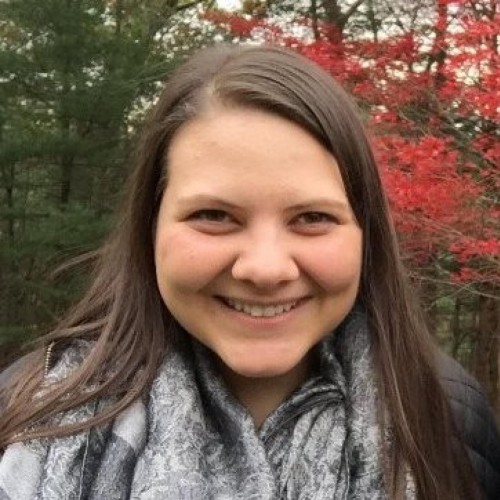