Taylor Focuses on Safety, Accessibility in Bid for Stonehouse School Board Seat 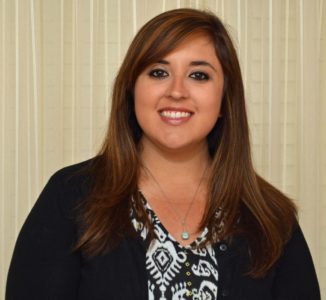 Holly Taylor knows what it’s like for a school tragedy to hit close to home — growing up, she said her family lived near Sandy Hook Elementary School, the site of the 2012 mass shooting.

In her bid to represent Stonehouse on the Williamsburg-James City County School Board, Taylor said she wants to make sure the school division does everything possible to prevent a similar tragedy while also being a voice for her constituents.

“I want to make that commitment and I want to make the schools a good place for all the kids in Williamsburg-James City County,” Taylor said. “I think this was the right step, right now.”

Taylor, 30, has lived in the Norge area since 2004 and works as a paraeducator with the York County School Division and a part-time counselor with the Avalon Center in Williamsburg. She studied psychology and criminal justice in college, but after she was placed at a school for an externship, she decided to pursue a career in education.

Although she said she has always been interested in holding a leadership position, Taylor said she had not considered running for the school board until residents encouraged her to try.

“I just heard from so many people that they want to see changes and I feel like I want to be a voice for other people and make meaningful change and bring those concerns up,” Taylor said.

She will be the first challenger for incumbent Jim Nickols since he assumed office in 2007.

If elected, Taylor said her priorities would include enhancing safety by enforcing anti-bullying policies and improving access to mental health services in the schools. She said her education in criminal justice and her background as a counselor could help the board make decisions that promote a “safe, secure, welcoming climate for learning.”

“I can bring to light some of the issues and possible solutions,” Taylor said.

She said growth in Stonehouse is one of her district’s top issues and growth trends throughout the county need to be considered when making significant investments, such as the planning and construction of the fourth middle school.

Taylor said she intends to be present in the community and accessible to residents, day or night. She also said she aspires to be as transparent as possible and involve the community in the decision-making process.

“I don’t want to tell people what to do. I want them to tell me their thoughts and I want to put them into action in such a way that’s effective for the whole community,” Taylor said.

She said her goal is to ensure a safe climate for students, find measures for physical and emotional safety and leave the schools better than she found them.

“I’m very representative of a lot of families that have children in the schools and I have the same concerns because my son will be going to school in a few years and I want it to be a good environment for him and just make sure that we’re on the right track,” Taylor said.