NEWPORT NEWS — There’s a new brewery in town: Coastal Fermentory will open in the downtown area in the spring.

Owners Brandon Samuels along with his friends, Michael ‘Mike’ Reppert, a Richmond native and engineer at Newport News Shipbuilding and David Lamb, a contractor with the Department of Defense, said they turned their love of beer into a business.

While Lamb is overseas for work, both Samuels and Reppert are working to get the brewery up and running.

Samuels, a Michigan native, quit his job as a network engineer for the Department of defense to work at the brewery full-time.

Both men had been brewing hoppy style beers for the past five years before they met as transplants in Hampton Roads.

Reppert said he was tired of drinking “crappy beer” in college and realized he could do better. Samuels was told it was cheaper doing it yourself ­–– it wasn’t.

While working full-time, the pair would just brew on the weekends using a one-barrel system in Reppert’s garage, something they’re still doing until the brewery opens.

“We love beer and we love drinking it,” Reppert said.

Coastal Fermentory will have an “industrial” feel to it — it will have a tap room, outdoor seating and later, an outdoor patio.

The brewery can even be used as an event space from meetings to weddings, anything really, Reppert said.

The trio is leasing the building from Provost Construction Company, who is helping the brewery with renovations.

Other changes is repurposing an old, cold storage cooler from the building’s beer distribution days and refinishing the parking lot, which separates the brewery from Ironclad Distillery, next door.

Reppert and Samuels said the distillery has been very welcoming to their future neighbors and has even let the brewers use barrels to age their beer.

They are still working on names for their beer creations and recently brewed a Hazy IPA dubbed “Arresto Momentum” from Harry Potter for a friend’s wedding.

“There will be a lot of pop culture references,” Samuels said.

They plan on starting with six beers on tap before having 10-12 rotating beers.

Future plans for the brewery include offering customers a selection of seltzers and kombucha with green tea and honey to providing coffee in the morning for city employees and a co-working space.

Eventually, they hope to open a small-scale kitchen instead of relying on food trucks.

Hours are not determined as of yet, but the brewery is currently hiring tap room staff.

So why start a brewery in Newport News?

“We want to build that community there,” Reppert said. “It’s up and coming.” 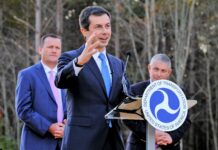 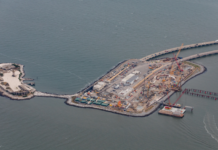