Williamsburg’s residents and visitors are, by now, accustomed to seeing construction along Monticello Avenue and Richmond Road.

The existing Monticello and Williamsburg shopping centers have been renovated, and some stores relocated, but now there’s something new to look forward to — literally.

This summer, the four new five-story, multiuse buildings and parking garage comprising Midtown Row in Williamsburg will start to go up.

The Midtown Row project is expected to be a shopping, residential and entertainment hub. The new buildings will include retail and apartments, holding a combined 240 housing units on floors two through five.

Midtown Row is slated to be completed by late spring or early summer 2021, said Aras Holden, vice president of asset management and acquisitions at Broad Street Realty and head of the Midtown Row project.

The four buildings will be constructed simultaneously so they can all be opened for business at the same time — and helping attain the “feel” Midtown Row is aiming for.

“The project wants to exist in its whole — delivering on component wouldn’t create the feel we’re looking for,” Holden said. “They really do feed off one another. Picture [it] as one retail corridor.”

The 2021 timeframe for completion isn’t new, but it is a departure from the original timeframe planned by the developer. In the early part of planning, Broad Street Realty aimed for a spring or summer 2020 timeframe, Holden said.

That finish date changed officially to fall 2021 late last year after those involved with the project decided 2021 was a better timeline, he added.

“We are making sure we get it right, and decided to push it back a little,” Holden said.

Between now and its completion, the project will reach several other milestones.

Holden said retailers may be able to start fitting out their new stores over the winter of 2020 and 2021. Move-in for the residential part will ideally be summer 2021.

As of Tuesday, Holden said Midtown Row had completed its “phase one” of the project. The parking lot has been reconfigured, the Monticello Shopping Center has been redone and new stores such as Earth Fare have moved in and Marshalls has moved to a new space.

Landscaping around the area has also been done and stormwater infrastructure and utilities have been relocated.

Moving forward, contractors are doing interior demolition and asbestos remediation ahead of the demolition of some existing retail space.

As Midtown Row construction continues, the businesses in the existing Williamsburg Shopping Center — including an ABC store, Sal’s by Victor, Food Lion and Marshalls — will continue to operate uninterrupted. 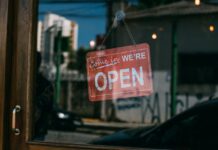 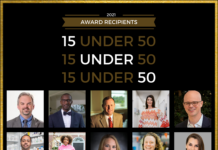