Charles Brooks comes from a long line of family members who grew up in the City of Williamsburg. At one point, his parents, grandparents and great-grandparents all lived down the street from each other near Matthew Whaley Elementary School.

“We had four generations within five blocks,” said Charles.

When school and work eventually took him away from downtown and off to other locations, Charles knew he’d try to make it back one day.

That day came — nine years ago.

With their children grown and out of the house, Charles convinced his wife Nancy that it would be a good time to consider moving back “downtown.” After all, they owned an undeveloped lot on S. England Street that once belonged to Charles’ father.

Nancy wasn’t sure she was ready to leave the home they had raised their children in, but Charles convinced her that she’d love living in the city. And he was right.

Once the Brookses decided to move back into town, they needed to find a builder who would be easy to work with and able to navigate the city’s Architectural Review Board (ARB) and other approval processes.

While attending a Parade of Homes event, the couple ran into Jeremy Findlay – owner of J. Lloyd Builders of Williamsburg. Nancy, an ultrasonographer with Williamsburg OBGYN, already knew Jeremy because she had taken sonograms of both of his children. They began talking, and the Brookses hired him to begin the process of building their home.

“It was a wonderful experience,” said Nancy. “Jeremy had this great vision and and he drew up the plans, and we just loved it. We really didn’t change anything.”

Both Charles and Nancy said their biggest request was for the home to be casual, offer an “easy-living” style, and have a good flow throughout.

The Brookses worked with Jeremy and his team of designers to come up with a concept that would fulfill their needs and also blend it well with the already-established homes on S. England St. Street.

“It was built to fit in with the older part of the city, and I think the house looks like it could’ve been there for 50 years,” said Findlay. “We also made sure to save a lot of the trees on the property, especially since some were planted by Charles’ family. It was a fun project. They were just very open to my creativity.”

The Brookses’ home is only steps away from Colonial Williamsburg, the Williamsburg Inn and Golden Horseshoe Golf Club.

“When you get off work and you come home, you feel like you’re on vacation because of all the nice amenities around,” said Nancy.

While Nancy admits it was hard for her to leave the home where her children grew up, she absolutely loves their home in the city.

“This house has been great for us, our children and our grandchildren,” she said. “They all really enjoy it, and the past nine years have just been a blast.” 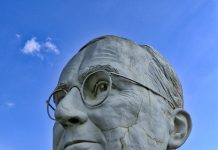 The answer to this Saturday’s “Where is it?” social media challenge! 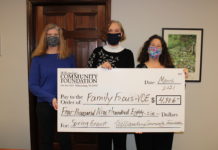 The answer to Saturday’s “Where is it?” post on social media!