CORRECTION (Oct. 8, 2021): The original story did not accurately report the correct name of the foundation that helped provide grants for this program. It should have been listed as the Williamsburg Health Foundation. The story below has been corrected to reflect this. WYDaily apologizes for any confusion this may have caused. -Ed.

WILLIAMSBURG — Around 400 more kids are now able to play soccer thanks to Virginia Legacy Soccer Club offering the recreational sport participation for free this fall season.

Virginia Legacy Soccer Club is a non-profit organization that offers recreational, developmental and travel soccer for youth soccer players of all ages and disabilities.

Virginia Legacy is the largest youth soccer club in Williamsburg and, in a partnership with James City County, began offering Recreational Youth Soccer in 2012 for girls and boys ages four to eighteen.

Alex Spirn, youth director for Virginia Legacy, said that the idea for free recreational soccer has been a long time coming.

Back in 2003, Virginia Legacy created a community partnership program to provide free soccer to children who otherwise wouldn’t have the opportunity.

“And now as we’ve been going through the pandemic, we all the sudden really identify and recognize that mental health has been slipping away for everybody,” Spirn said. “Especially kids, because they’ve been removed from routine and isolated from their friends.”

Virginia Legacy reached out to its partners at the Williamsburg Health Foundation, who shared the same vision, and provided grants to help make the entire fall season for recreational soccer free for all children.

Within a few days of announcing the free rec soccer, Virginia Legacy went from having a couple hundred players in the program to over 700 people registered overnight.

“It was alarming,” Spirn laughed. “But also a really, really good feeling.”

What was previously a $60 fee, Virginia Legacy provided for free this season thanks to grant money that offset the cost of shirts, referees and insurance.

Virginia Legacy has seen parents coming from out of the area this season, including from Yorktown and Newport News, because it’s being offered for free.

Spirn also noted how the support this season has been different from past years.

“It’s been beautiful,” he said. “People have been wanting to help more. Coaches signing up to help across the board, more parents and volunteers. It’s just been a complete shift in culture and it’s been really rewarding to be part of.”

Now four weeks into the season, Spirn, along with assistant youth director Kendal Pressey and technical director Bobby O’Brien, are discussing how to make this opportunity repeatable.

“Four hundred more kids are playing the sport and being active in the community,” Spirn said. “There’s your ‘why.’ That’s why we need it. Now we’ve just got to figure out how. Thats where we’re at right now.” 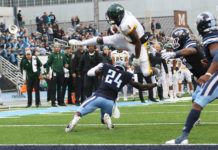 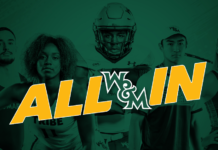