When Narielle Living was younger, reading gave her a new perspective on different lives and cultures.

Now as the owner of local publishing company Blue Fortune Enterprises, Living is using her business to provide an outlet for LGBTQ voices. The company announced in June it would start a new imprint of LGBTQ publications called Wildflower Press.

“I’m not sure if there will be a big market for it, but I made the conscious decision to move forward with this because I felt like these are stories that need to be told,” Living said.

Blue Fortune Enterprises started in the Historic Triangle in 2018 and has a variety of different imprints under its belt. Through a partnership with Ingram, an international book distributor, authors through Blue Fortune are sold in bookstores across the world.

As Living thought about her business over the past year, she said she realized she wanted to do more to provide an outlet for different voices and perspectives.

And when thinking about what stories needed to be told, she looked to her family.

Living remembers her aunt who had a partner for 50 years. But it wasn’t until around 2011 when her aunt finally came out as gay to her family. Living said the family already knew, but the fact her aunt felt like it was something she might have to hide stuck a cord with her.

“When our family said that they knew and we loved them, they were stunned,” Living said. “They had really encountered some horrific attitudes and that hurt on a different level. So I thought their story needed to be told somehow, that they needed representation.”

As Blue Fortune started to grow and become stronger, Living said she knew it was time to take the next step in creating something that honored not only her aunt’s experience, but the lives of LGBTQ individuals overall.

There are two other imprints at Blue Fortune: Cactus Mystery Press and Lavender Press, which markets women’s fiction. Each new imprint is titled with a type of flower and helps readers and publishers to find titles that interest them.

Living said most large publishing houses don’t necessarily look at their products as needing to tell underrepresented stories, but rather as how they can be marketed and will sell. There’s more room with a smaller company to look at a title and consider the heart of it and if the story needs to be told.

“Whether they’re going to sell or not, we’ll see,” she said. “But sometimes you do things because it has to be done…in the beginning when I created the imprints, it was about how we would sell to our audience. But this is a more personal and emotional decision.”

Living has received submissions from authors across the country since announcing the new imprint. But being a small, local publishing company, she said she hopes the imprint will help make an impact directly in the community.

“Even though we have authors from around the country, I think the impact locally is different,” she said. “Because when people know you, they’re more likely to read what you have. If people around here know who we are, they’re going to read what we publish.”

Living said the company expects to have titles ready for publication at the end of the 2021 season. The new imprint represents a solution to a challenge many companies are facing: how to create diversity.

Living said she wants to find new and exciting ways to represent those voices so that readers can learn different life perspectives, just as she did when she was younger.

“I think stories are important because they tie us together and pull down barriers,” she said. “Maybe you don’t really know what a person’s life is like, but if you read their story, it makes a connection more simple. We’re all human and have the same thing going on underneath.” 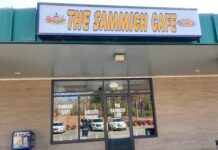 The Sammich Cafe to Open in Williamsburg 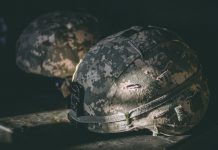