Deliberately coughing or sneezing on another person during the coronavirus (COVID-19) pandemic could get you in trouble.

After receiving multiple concerns about people deliberately coughing on others, the Virginia Beach Police Department announced in a Nextdoor post on April 6 that people can be charged with assault.

WYDaily reached out to law enforcement agencies in the Historic Triangle to see if they planned on doing something similar.

“Fortunately, we have not had any instances such as this reported to us,” Charles Ericsson, spokesman for the Williamsburg Police Department, wrote in an email on Wednesday. “This would be a very serious allegation given the health concerns during this pandemic.”

“As far as what charge, it would depend on the circumstances,” he wrote.

But how would the department prove it was intentional?

“If we were investigating something like this we would be looking for witnesses or video footage of the incident if available,” he said.

Stephanie Williams, spokeswoman for James City County Police Department, wrote in a text message on Wednesday the department may consider it.

“Criminal charges may be considered depending on the circumstances but we would consult with the CA,” she wrote. “We haven’t had something like that arise.”

The York-Poquoson Sheriff’s Office doesn’t plan on charging anyone either.

“We have no plans on doing that, a blanket order, but we would treat it on a case by case basis,” Shelley Ward, spokeswoman for the YPSO, wrote in a text message on Wednesday.

But how would the department prove the coughing was intentional?

“We have not had this situation occur in YC,” Ward wrote. “Our deputies would handle it as best as they could and perhaps may have to advise the complainant to go to the magistrate to seek a warrant.”

As of Thursday, James City County has 135 positive cases of the coronavirus, Newport News has 97, Hampton has 77, York County has 37, Williamsburg has 19 and Poquoson has 6, according to the Virginia Department of Health’s website.

There are now 6,889 positive cases and 208 deaths statewide. At least 11 people from the Peninsula Health District and one person from the Hampton Heath District have died from the coronavirus. 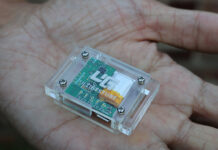 W&M and VCU Team Up to Fight Parkinson’s Disease 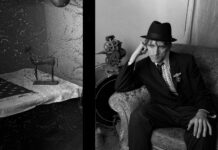 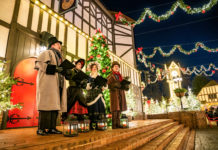