City Seeks School Board Applicants; Elise Emanuel to Step Down 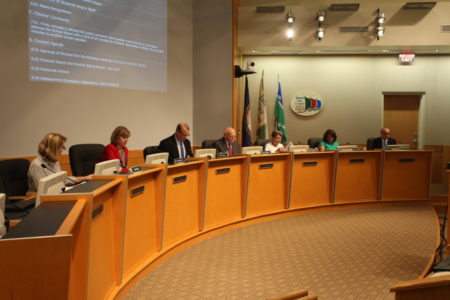 Williamsburg City Council is seeking applicants who wish to fill an appointed seat on the Williamsburg-James City County School Board that will be vacated at the end of the year.

Three-term board member Elise Emanuel (City of Williamsburg) confirmed to WYDaily she would not seek appointment to a fourth term.

Applications for her seat will be accepted now through the Nov. 12 city council meeting, when a public hearing will be held for residents to share their opinion on the applicants.

City Council will announce and appoint the new representative during the Dec. 10 council meeting. The representative’s term will begin Jan. 1, 2016.

Residents may submit applications year-round for positions on city boards and commissions, including the school board. These applications are kept on file for two years and reviewed when positions open.

The city clerk’s office confirmed there are no applicants currently on file who have expressed an interest in serving on the school board.