In the Twi language, the word nkabom means “unity.” However, one would likely not need a translation in order to see–or hear–unity in action at the first-ever Nkabom World Music Festival in Okurase, Ghana this Friday and Saturday.

Spearheaded by Williamsburg native Daniel Scruggs, the festival will unite musicians from around the world in the small, rural village of Okurase. From Brazilian dance workshops to American and Ghanaian drum performances, the festival will harmonize many diverse musical forms among people of all ages.

Traveling to a developing village–let alone planning a festival in one–might seem like a tall order. But Scruggs is no stranger to international experience in parts lesser-travelled.

A seasoned globetrotter, he has visited almost every continent and lived in South America and the Middle East.

Some of Scruggs’s travels involved a bit of living on the edge. In the words of his mother, Sharon Scruggs, her son has lived 35 lives. On one excursion, he walked 45 miles when his bus broke down in Ethiopia.

The tools of his trade

No matter how different the place or experience, though, one constant has stuck with Scruggs throughout his life: music.

In his youth, Scruggs played drums for about eight years in the Williamsburg Fife and Drum Corps.

But Scruggs does not keep his music to himself.

“I liken it to somebody that’s a mechanic–they have all kinds of different tools,” Scruggs said. “These are my tools of the trade. I travel around and educate children about the world and different cultures using instruments.”

Scruggs witnessed firsthand just how rhythms and sound can make change, whether it was working with at-risk youth or mental health patients at Eastern State Hospital.

“It’s very healing for me and balancing for me to do my part to serve others,” Scruggs said. “It’s really what this comes down to: it’s a model of getting outside of my own little world and doing something for somebody else.”

Scruggs’s service connection to the non-profit group Project OKURASE began with Francis Yevuga, a visually-impaired boy from the Okurase village.

In 2015, Yevuga traveled to the U.S. for about a year to receive medical treatment. He also attended the Montessori school in South Carolina where Scruggs teaches.

Scruggs watched Yevuga cope with the at-times overwhelming experience of being enveloped in a whole new environment without good vision and without, at first, English fluency.

Despite these challenges, however, Yevuga made friends and inspired those around him.

“Francis just has this infectious energy and sight…he’s a powerhouse of inspiration,” Scruggs said.

Yevuga, like Scruggs, has a bond with music. He shared his drumming skills with others and played with new instruments.

Yet when Yevuga had to return to Ghana, Scruggs didn’t want his musical education cut short with his medical visa. Scruggs travelled to Okurase and helped create a music center for people in the village to use, children and professionals alike.

“This is giving them a platform to be able to perform and to feel more empowered,” Scruggs said.

Today the Nkabom Center’s music room is full of donated instruments, including keyboards and acoustic guitars. One day, Scruggs found that Yevuga had invited many local children into the room for a “jam session,” where they gathered and played music,

danced, and sang together.

According to Scruggs, dozens of kids use the center every day. They create distinctive music with the instruments, melding traditional sounds with the contemporary.

“It’s incredible,” Scruggs said. “The kind of music that’s being created is like a new Jazz Age. I mean, it’s like music that’s never been heard before.”

Scruggs noticed how the chance to experience music from other parts of the world engaged the Okurase natives.

“I got almost a twinge of sadness when I thought about how much I took for granted growing up in Williamsburg,” Scruggs said. “…I’ve been so influenced by so many kinds of music, and it didn’t come from CDs necessarily, it came from having these world-class touring artists come through our hometown.”

An idea of creating a forum to engage international musicians in Okurase turned into the Nkabom Music Festival. The eclectic range of talent represented will allow for a unique cultural exchange.

Planning the festival in its inaugural year did not come without challenges, especially given its setting.

Even the most basic assets, such as having a stage and public sanitation, made organizing the festival more difficult than Scruggs had anticipated.

However, Scruggs seemed positive about the festival days before his trip to the village. He

anticipates the festival repeating annually and hopes to see it expand.

In that sense, the festival will showcase Scruggs’s belief in orchestrating change through music, despite the challenges involved.

“A quote people often say is, ‘Be the change you want to see in the world,’ and I believe in that, I live by that,” Scruggs said. “If not me, then who?” 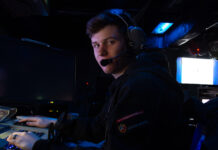 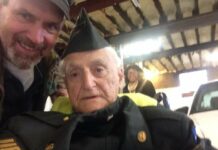