A few years ago, while Glenn Lavender was reading the historic fiction novel “Silver Hand” by Stephen Lawhead, the book “described mead in such a way that it really made me want to taste it,” Lavender said. So, Lavender set out to make a batch of mead on his own.

Lavender, founder of Silver Hand Meadery on Monticello Avenue, had been living in Canada at the time and traveling as a musician with the Christian rock band Downhere. He had also taken up beekeeping, and decided to use some of the extra honey to experiment with mead.

“Mead and honey are connected like wine and grapes,” Lavender pointed out. “It’s honey and the honeybee that got me here. I was surprised at how well my first batch turned out. It was actually pretty good, so I kept making it and sharing it with family and friends. I took it into the recording studio. Everyone really enjoyed it.”

Lavender, his wife, Sherri, and their three sons relocated to Williamsburg in 2012 after he accepted a job with Williamsburg Community Chapel. In November 2015, Lavender decided to venture into the business world, and opened up Silver Hand Meadery. The meadery’s name is derived in part from Lawhead’s book as well as Glenn’s grandmother’s maiden name (Silver), and the fact that everything at the meadery is hand-crafted.

“I really think having an historic drink like mead in Williamsburg just makes a lot of sense,” said Lavender. “Our first year has been great. The community has been awesome, and we’ve gotten a lot of support.”

It takes nine to twelve weeks to make a batch of mead, which is a blend of honey, water, yeast, and other ingredients. Lavender also uses rosemary, thyme, apple cider, blueberries, vanilla, and other spices.

“Since it’s a new drink here, we are trying a little of every style to see what people enjoy,” Lavender explained.

“The name comes from a lyric in Winter Wonderland,” said Lavender. “It is our best seller. It is extremely popular.”

On Feb. 1, Silver Hand Meadery will unveil a limited edition mead with raspberry and chocolate flavors for Valentine’s Day. It’s called “I’m Yours,” from a Stevie Wonder tune.

Since opening, Silver Hand Meadery has doubled the size of its space. The meadery offers mead tastings as well as honey tastings.

The meadery uses seven different types of honey in its meads, while ten varieties of honey are available for purchase. Silver Hand Meadery also carries other merchandise include soap made from mead; mead-scented candles made from the meadery’s recycled bottles; and hats, t-shirts, and other products.

Silver Hand Meadery ships its products to 34 states. Lavender would like to expand locally and add mead to the menus of more area businesses and restaurants.

Beyond the meadery, Lavender remains active with his church and continues to keep music in his life as an instructor for the trumpet, guitar and bass guitar.

He is also enjoying the collaboration with other businesses involved in the adult beverage scene as part of The Williamsburg Tasting Trail.

“When we started in 2015, there really was nothing here, and now there is this whole new industry,” Lavender said. “Everyone has been so supportive of each other. It’s been a lot of fun being a part of it all.” 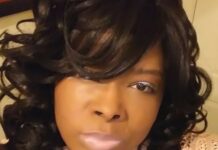 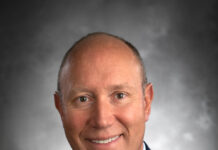 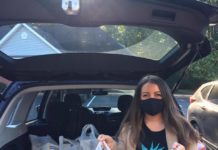