HAMPTON — Last week, we began discussing the tragic story of Jenny Graham Kane. Her husband, Elisha Kent Kane III, had entered into an elicit affair with another woman and, shortly after this relationship was uncovered, Jenny tragically died while the couple was swimming at the picturesque beach on Grandview Island in Hampton.

Today, we will conclude this tale to learn what happened that day and the aftermath.

Elisha raced into Dixie Hospital, carrying the limp body of his wife. He was frantically demanding help, with physician after physician attending to Jenny. It was clear that there was nothing to be done — Jenny was dead.

Elizabeth County (which incorporated the City of Hampton at that time) Coroner George K. Vanderslice was called in to examine Jenny’s body and determine what happened that day.

Elisha wove a tale to him about how they were out swimming on the rocks near the Back River Lighthouse when Jenny dove into the water. When she surfaced, Elisha noted that Jenny started screaming and he swam to help her. By the time he reached her, she was already below water. He then said that he pulled Jenny up, struggling to bring her body back to land.

Without any help in sight at the remote beach, Elisha left Jenny laying on the ground as he went to get their vehicle to take her to the hospital

Elisha disclosed Jenny’s heart condition and how his father was her attending physician. He feared that she had some sort of attack or issue with her heart that caused this.

Coroner Vanderslice agreed with Elisha’s assessment, noting on Jenny’s death certificate that she drown as a result of an episode with her heart. Elisha was then released from the hospital to plan his wife’s funeral with his in-laws.

Suspicion and a Funeral

Jenny’s heart condition was something she had never disclosed to her own family. Her parents, who were always at odds with Elisha, were suspicious; caught in the disbelief that their daughter was dead, let alone that it happened while in his care.

Mrs. Graham was able to catch Coroner Vanderslice, expressing her suspicion that this may have been no accident. She handed him the copy of Betty Dahl’s letter that her daughter allegedly gave her just days earlier; convincing him to change Jenny’s cause of death based on her own suspicions.

However, she, nor did the rest of the Graham family express their suspicions regarding Elisha to him.

Two days after Jenny died, the family gathered at St. John’s Cemetery in Hampton. On Jenny’s simple stone were butterflies and Elisha added to the epitaph a quote from Dante’s Divine Comedy, “Nessum maggior dolore, Quel ricordarsi del Tempo felice, Nella miseria” (“No more pain, That remember the happy time in misery”). Elisha had planned to leave for the couple’s home in Tennessee immediately following the service.

The Elizabeth City County Police met Elisha at the Grahams’ home as soon as they arrived back following Jenny’s funeral. Elisha was placed under arrest for the deliberate and premediated murder of his wife then hauled off to county jail.

Immediately following Elisha’s arrest, the Grahams spared no time to commit character assassination of the widower. Jenny’s brother made bombastic claims that he witnessed Elisha abusing a friend’s dog and Coroner Vanderslice released Betty Dahl’s letter to news agencies. He openly admitted to reporters that he changed his mind regarding cause of death following the initial filing of the certificate.

Soon after the letter was released, the original was lost and has never been located.

His family noted that Elisha was disheveled and his face looked drawn and weary. Elisha turned to Francis and said, “I have tried to tell them exactly what happened on that day when she drowned, but to tell the truth it happened so suddenly that there are some things I don’t remember.”

Elisha was released on $15,000 bail with a determination to shift his public image leading into his trial.

His image had been tarnished to that of a neglectful womanizer who left his beautiful wife with a life of grief. Perception of him was skewed so that many thought the man was a murderer.

He resigned his position at the University of Tennessee with a future ahead of him painted in unknowns. In order to combat the character assassination that the Grahams played in the public eye, Elisha went on the offense, giving interviews to reporters.

On one particularly dreary morning, Elisha met with St. Louis Star reporter, Margaret Lane. She found him a pathetic man, grieving for his wife. When she asked Elisha if he feared a potential death sentence, he replied, “Physical death is not so terrible to me as life without the things I have lived for… Even if I escape the electric chair, my position, such as it is — is gone, my family disgraced, my wife dead…”

Empathetic reporters “rebranded” him in a way as a handsome, sympathetic man who loved his wife and would never harm her. Now, it was up to a judge and jury to cut to the truth.

Readers salivated over the torrid details of the love affair between Elisha and Betty, the passionate relationship he once shared with his own wife, and wooed over his handsome features and deep, thoughtful eyes.

Betty Dahl found herself the center of this unwanted controversy when it was revealed that she was engaged during her affair with Elisha. When her letter was released to the public, her fiancé ended their engagement. At that point, Betty fell into obscurity.

The Trial of the Century

The trial began on December 9, 1931. The Elizabeth County courtroom was a circus of media, family, friends, and those just trying to catch a glimpse of the now infamous former professor.

Over one hundred witnesses were called, some speaking on behalf of the Grahams, others for Elisha. There was a clear divide as Judge Spratley struggled to keep objectivity insight during the trial.

Those who were not in favor of Elisha never minced words about how they perceived him to be a terrible person. Jenny’s sister-in-law took to the stand, painting the couple’s life as that of bedlam, filled with tawdry details of profanity, that Elisha allegedly professed a disbelief in God, and how he also allegedly bragged about his female exploits in front of his own wife.

While Elisha kept his composure for the majority of time, he could not hold it in any longer. Lunging from his chair, he demanded that Jenny’s sister-in-law recant her testimony. Judge Spratley ordered Elisha to calm down and remain seated. Elisha replied, “Pardon me, Judge. I’ve had to stand so much…”

Mrs. Graham fell in to hysterics and had to be escorted from the courtroom, with a doctor committing her to bedrest.

Judge Spratley threw a curveball to the prosecution by not allowing Betty Dahl’s letter that had been so widely publicized to be entered into evidence. Since no one could produce the original letter, it was not admissible.

The gallery was filling up more each day to the point that it was spilling over to the courthouse steps and then sidewalks.

Witnesses were called for the defense, many recounting how much Elisha and Jenny loved each other, how wonderful a friend he was and an appreciated colleague. The picture painted was that of how a gross misstep was made when Elisha had an affair. But an adulterer did not necessarily make a murderer.

On December 12, both sides rested and the twelve-man jury began deliberating at 8 p.m. An anxious hush fell over the crowd as the gallery, courthouse steps, sidewalks, and followers of the case around the nation waited for a verdict.

At 11:45 p.m., the jury returned to the courtroom and time stood still while waiting for the verdict to be released.

“We the jury, on the charge of deliberate and premeditated murder of Jenny Graham Kane, find the defendant, Elisha Kent Kane III, not guilty.”

Cries of anguish from Jenny’s grieving family were drowned out by cheers of joy from the hundreds of spectators that filled the campus. Elisha rose from his chair a free man, quietly thanking his lawyers, Judge Spratley, and the jury.

On the steps that night, Elisha gave a press conference saying, “It was a terrible ordeal, and I was mighty uncomfortable at times, although I am innocent and believed the jury would so find.”

Life as a Free Man

The life of Elisha Kent Kane III would never be the same again. As far is it can be seen, the lives of the Grahams, Betty Dahl and Elisha never again interceded with one another.

Elisha was unable to obtain another position as a professor and lacked the desire to continue pursuing his previous passions. He quietly returned to Kane, Penn. When his father passed away in 1932, Elisha was the sole heir to Dr. Kane’s estate and took over as managing Summit Hospital. Elisha also had his father’s home converted into the Dr. Evan O’Neill Kane Memorial Sanitarium.

He married Mina Gladys Schuler in 1933 and the pair had two children.

Upon the outbreak of World War II, Elisha returned to active duty service, earning the rank of colonel and honored as a recipient of the Bronze Star.

The man acquitted of his wife’s murder who was the center of a massive public spectacle of a trial died peacefully in 1959, receiving full military honors at his funeral.

However, at the center of all of this remains Jenny Graham Kane. Her death caused so much anguish, the private details of her life picked over by so many armchair detectives… She remains in that quiet corner of St. John’s Cemetery with a lonely grave next to the cemetery’s brick fence. The victim of all of this is now just another name on a tombstone in one of Hampton Roads’ most historic cemeteries. 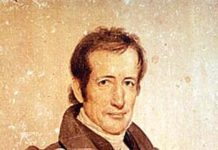 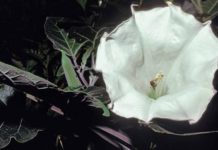 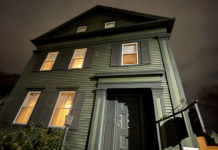