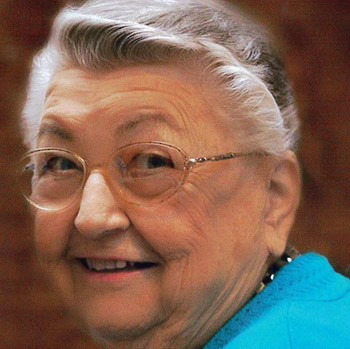 NEWPORT NEWS — Ruth ”Boots” McAlexander White passed away peacefully on September 17, 2021, at the age of 92.  She was a devoted wife, mother, grandmother, and great-grandmother who was loved and will be missed by all.  Boots was a native of Hilton Village and a lifelong resident of Newport News.   She moved to Warwick Forest in 2008 and thoroughly enjoyed her life there.

Boots graduated from Morrison HS (now Warwick HS) in 1946.  After two years attending Hampton Roads Business College, she went to work for the Newport News Police Department in the Traffic Bureau where she and her co-workers were called the “Smiles of Newport News”.  She took her “dream” job at NACA (now NASA). On June 25, 1949, she married Kimber in Hilton Village. They had four sons, and while raising the boys became the center of her life, she was also very active in the community.

Boots was a former member of Hilton Baptist Church and a current member of First Baptist Church.  She joined the Woman’s Club of Hilton Village in 1953 and served on the Board for many years.  She served as both the parliamentarian and the president for four years. She enjoyed bowling and was vice president and president of her bowling league.

Boots was a member of the Newport News Bar Association Auxiliary, where she held the office of president.  She served as president of the Peninsula President Council and was a member of the Pioneer Club of Newport News, the Red Hat Society, and Lawyers Wives. As a longtime resident of Warwick Forest, she was part of numerous committees including the Welcoming Committee for new and prospective residents.  She enjoyed sewing and gardening.

On the wall of her home and in her apartment at Warwick Forest hung a framed saying which read, “There is a special place in heaven for a mother of four boys.”

Our mother is in that place now.

In lieu of flowers, donations can be made to the American Diabetes Association at P.O. Box 7023, Merrifield, VA 22116 or a charity of your choice.