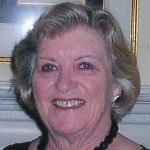 HAMPTON ROADS — Susan Warder Bostic, 83, died on Friday, August 20, 2021 at her home.  Susan was born and raised in Geneva, NY where her father was State Senator, Frederick Lohnes Warder. She graduated from Geneva High School and attended Mary Washington College. She received her BS degree from University of North Carolina, Chapel Hill. She continued her graduate work at George Washington University, Old Dominion University, Christopher Newport University and a summer session at MIT. A woman before her time, she worked as a Computer Engineer at NASA Langley Research Center. Her papers were published In Technical Magazines on Experimental Multiple Processors and large scale Problems in Mathematics.

Susan was preceded in death by her parents, Senator Frederick L. and Justine Warder; her son, Hubert “Butch” Peebles and her brother, Fred Warder. She is survived by her husband, Courtland W. Bostic of Newport News; her daughter, Kay P. Ferguson and her husband, Graham of Newport News; her sister, Karen Adkinson and her husband, Larry of Woodbridge, VA; stepsons, Jeff, Bryan and Kenny Bostic; grandchildren, Ellie and Scott Ferguson, Kathryn Grimes, Mallory Peebles, Shannon Sykes and Macy Peebles and step-grandchildren, Ann Phillips, Taylor and Zachary.