Bob saw his life as a “continual series of God’s blessings.” They began in a loving Whitestone family in Queens, New York, with his mother, Eva; and father, Frank; as well as his older sister, Dorothy. At 16, he received God’s miraculous healing from a severe illness and made a covenant with God to become a doctor and serve wherever God directed.

Bob and Paulene’s first calling was to post-war South Korea, where he served as a medical/surgical missionary (1961-1972). Patients and staff at Wonju Union Christian Hospital inspired him with life-actions reflective of our Lord, Jesus Christ. Also, as the Holt Adoption Agency doctor, he surgically prepared (if necessary) and escorted children to adoptive parents in the United States and Europe. As a surgeon for the “Leper Village,” he reconstructed deformities.

While in Korea, Bob and Paulene adopted two additional blessings, Thomas “Tom” Franklin, (1962) and Laura “Lauran” Ann (1967), who brightened their family life! The family returned to the United States (1972), where he served as a resident at UNC Medical Center (1972-1973) and received his plastic surgery certification (1975). In 1973, God led them to Lewis-Gale Hospital in Salem. Sadly, Paulene passed away from cancer (1974). God again blessed the Roth family with Bob’s marriage to a Korean missionary friend, Dorothy Hubbard (1975) from Forest, Mississippi. She adopted both Tom and Lauran. Yet another blessing was added to their family when they adopted Joy Kimberly “Joy” (1978).

“Dr. Bob” served at Lewis-Gale Hospital, Bradley Free Clinic and three other local hospitals in Roanoke and Salem. He was known by family, patients and staff for his compassion, humility, surgical artistry and sense of humor. He was also the cofounder of “Sister Cities” (1964) between Roanoke and Wonju, South Korea, with Dr. Kim and the Poffs. It became “Roanoke Valley Sister Cities” with David Lisk joining the group. Six more cities were added, Kisumu, Kenya (1976); Pskov, Russia (1993); Florianopolis, Brazil (1995); Opole, Poland (1995); Lijang, China (1996); and St. Lo, France (1998).

Bob retired in 1995 and helped to build and manage, “Peace Pagodas on the Lake” (1996-2015). This was their home, which they used as a private retreat center for workshops and prayer retreats to foster peace whether personal, local or worldwide. Sister City guests from the seven countries as well as other precious guests were welcomed there.

Bob wanted to teach and serve even after his earthly life by donating his body to the Virginia Anatomical Society. Bob was asked once, “What will be your life epitaph?” After thought, he stated, “Grateful recipient of God’s Grace!” Bob’s favorite bible passage was Matthew 7:7-11, which emphasized God’s multitude of gifts to him.

To read more information about Dr. Roth in an article published by the Roanoke Times, click here. 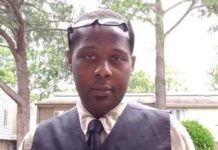 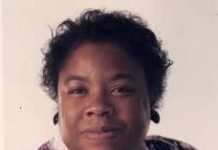 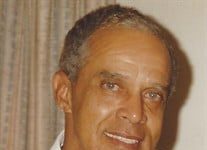