Upcoming Concert Will Feature Instruments Recovered from the Holocaust 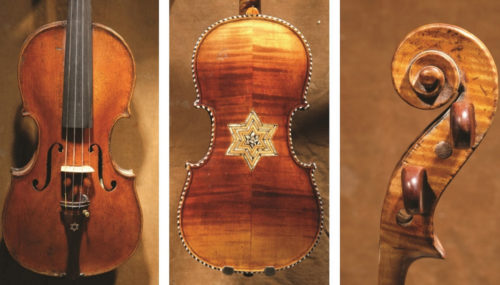 NORFOLK — On October 6, the Virginia Arts Festival (VAF) will present “Violins of Hope,” a concert that will feature violins recovered from the Holocaust. The performance is presented in partnership with the Holocaust Commission of the United Jewish Federation of Tidewater and hosted by Norfolk Academy.

“These violins are the voices of gifted musicians and composers who were victims of the Holocaust,” said VAF Artist Director Robert W. Cross. “They represent the incredible courage of a generation decimated by war and hate. It is an honor to hear them play.”

The concert will not only feature these historic instruments, but some of the pieces that will be performed were written by Jewish composers who died in World War II Nazi concentration camps. The program will include:

According to a VAF release from Aug. 17, this concert will “tell remarkable stories of the defiance, resilience, and legacy of Jewish musicians during the Holocaust.”

Over the last twenty years, Amnon Weinstein, an Israeli violinmaker, has made it his mission to locate and restore these historic instruments in dedication to his family.

The concert will take place at the Samuel C. Johnson Theater at Norfolk Academy, located 1585 Wesleyan Dr. and will start at 7:30 p.m.

The concert is part of a regional tour, which showcases instruments of inspiration. Additionally, Richmond’s Virginia Holocaust Museum, 2000 E Cary St., is currently hosting an exhibition that displays some of these violins. The exhibit will run through October 24, 2021.

There are companion exhibits on display at the Virginia Museum of History & Culture, 428 N Arthur Ashe Blvd. and Richmond, and Black History Museum and Culture Center of Virginia, 122 W Leigh St., also in Richmond.

For more information, visit the website for the Virginia Arts Festival.

What’s ‘reasonable and prudent’ when it comes to Dominion offshore wind project’s costs?

What’s ‘reasonable and prudent’ when it comes to Dominion offshore wind project’s costs?