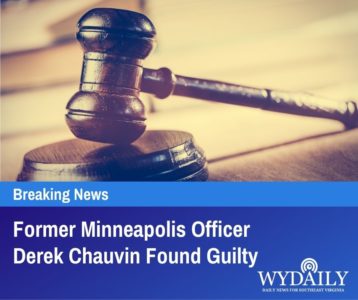 WILLIAMSBURG — At approximately 5:00 p.m., many across the United States felt like they could finally exhale.

On May 25, 2020, the death of George Floyd in Minneapolis, Minn. sparked international outrage after a video taken by a witness went viral, showing then-police officer, Derek Chauvin, kneeling on Floyd’s neck. During that time, Floyd made numerous pleas with Chauvin and three other police officers, clearly stating that he couldn’t breathe.

After 9 minutes, 29 seconds, Floyd died in what the medical examiner would later determine to be, “cardiopulmonary arrest complicating law enforcement subdual, restraint, and neck compression.”

It was this outrage that brought together members of Williamsburg Action, a local organization founded to bring awareness and justice on behalf of the local black community.

Antonia Saunders of Williamsburg Action said, “We’ve been holding our breath as it seems since that time.”

Since its founding, Williamsburg Action has participated in numerous events and peaceful protests, while also partnering with other organizations to create awareness in an inclusive manner that focuses on equality.

What started as a spark of outrage has turned into a blaze that powers the members of the organization to continue to advocate and educate on behalf of the community.

On the evening of April 20, the verdict was announced that Derek Chauvin was found guilty of second-degree unintentional murder, third-degree murder, and second-degree manslaughter. Upon hearing the news, there were mixed emotions among the members of Williamsburg Action.

Ms. Saunders said that while there was a sense of relief, there were still feelings of guilt because of the number of other cases involving black victims.

What this verdict has also done for Williamsburg Action is to give them a glimmer of hope. “We understand now what we need to do,” said Ms. Saunders.

Williamsburg Action encourages residents to take part in their local governments, to learn and understand their rights, to come together, to apply peaceful pressure, and to make a difference.

Additionally, Williamsburg Action encourages witnesses to take videos. These videos have been used as key evidence in numerous court cases, like Chauvin’s.

In eight weeks, the sentencing phase for Chauvin’s trial will begin.

For Williamsburg Action, this is just the first step towards greater equality. Ms. Saunders said, “We are going to keep moving forward. There are other names that we are still calling.”

For more headlines, visit our homepage by clicking here.