‘Forgotten Soldier: African Americans in the Revolutionary War’ exhibition back for a limited time 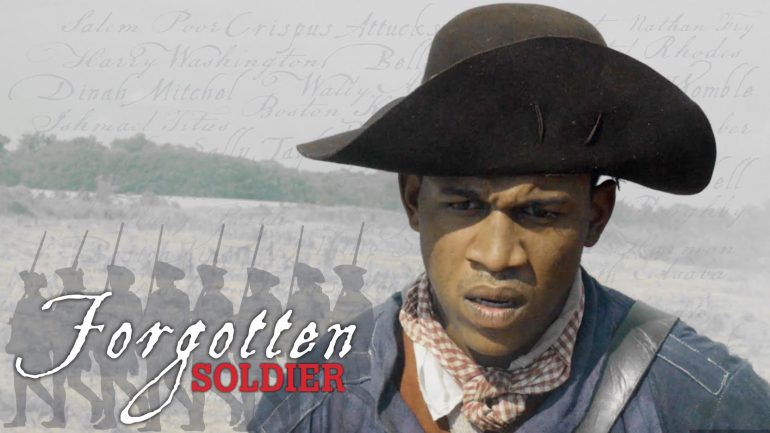 The “Forgotten Soldier: African Americans in the Revolutionary War” special exhibition at the American Revolution Museum at Yorktown will reopen June 24 for an extended two-week showing.

The museum also is set to open that day with some adjustments due to coronavirus concerns.

Forgotten Soldier explores the personal stories of enslaved and free African Americans on both sides of the American Revolution and illuminates the difficult choices and risks faced by African Americans during a revolutionary time in history and the varied and indispensable roles they played during the war and beyond, according to a news release from the Jamestown-Yorktown Foundation.

It features artifacts and rare documents, most notably the American “Inspection Roll of Negroes No. 1” and the British “Book of Negroes,” on loan from the U.S. National Archives in Washington, D.C., and The National Archives (Public Record Office), Kew, London, England, reunited for the first time since 1783. The American and the British ledgers record the names of approximately 3,000 African-American men, women, and children who escaped to British lines during the war in hopes of obtaining their freedom.

The exhibition also features an original work by Titus Kaphar, an American contemporary artist and 2018 MacArthur Fellow whose work reconfigures subjects in art history, often reinserting African Americans into familiar narratives of the past. Surrounded by 18th-century stories of African-American soldiers before, during and after the Revolution, Kaphar’s three-dimensional sculpture, titled Forgotten Soldier, invites visitors to “shift their gaze” or look at history through a new lens to contemplate these soldiers often overlooked in historical accounts.

His paintings and sculptures have garnered a national spotlight in exhibits and have graced the cover of TIME Magazine twice, once in 2014 and most recently in June 2020. The project is in partnership with the Williamsburg Contemporary Art Center.

Watch a short video with Titus Kaphar about Forgotten Soldier when the exhibition debuted in June 2019.

Among the countless stories, learn about Crispus Attucks, a sailor formerly enslaved and of African and American Indian descent, who was the war’s first casualty at the Boston Massacre, and later considered “the First Martyr of Liberty.” Bristol Rhodes, an enslaved man who secured freedom by joining the Rhode Island Regiment, fought at the Siege of Yorktown in October 1781, and lost his left leg and one hand due to cannon fire.

Thomas Carney, born free in Maryland, joined the 5th Maryland Regiment in 1777 and served as a Continental Army private in some of the most iconic battles of the war—Brandywine, Germantown, Monmouth and Guilford Courthouse—receiving a cash bonus and 100 acres of bounty land for his service.

Other significant loans on exhibit for a short time are:

Dunmore’s Proclamation of 1775 from the Albert and Shirley Small Special Collections Library, University of Virginia. The document by Lord Dunmore, the last royal governor of Virginia, promised freedom to all enslaved African Americans owned by rebelling Patriots, if they would serve and bear arms with loyalty to Great Britain.

Treaty of Paris, Article 7, New York, 1783, on loan from the U.S. National Archives in Washington, D.C., ordered that all prisoners were to be freed, and the British were to withdraw all of their forces, “…without causing any Destruction, or carrying away any Negroes or other Property of the American inhabitants….”

“Lieutenant Thomas Grosvenor and His Negro Servant” portrait by John Trumbull, circa 1797, on loan from Yale University Art Gallery, Mabel Brady Garvan Collection. In this 15-by-11 inch oil painting, Asaba and his owner, Lt. Thomas Grosvenor of Pomfret, Conn., look at the fallen hero, Dr. Joseph Warren, who was killed at the Battle of Bunker Hill in 1775. Asaba survived this battle and was freed by Grosvenor after the war.

Forgotten Soldier is made possible in part by Altria Group.

John Mangalonzohttp://wydaily.com
John Mangalonzo (john@localdailymedia.com) is the managing editor of Local Voice Media’s Virginia papers – WYDaily (Williamsburg), Southside Daily (Virginia Beach) and HNNDaily (Hampton-Newport News). Before coming to Local Voice, John was the senior content editor of The Bellingham Herald, a McClatchy newspaper in Washington state. Previously, he served as city editor/content strategist for USA Today Network newsrooms in St. George and Cedar City, Utah. John started his professional journalism career shortly after graduating from Lyceum of The Philippines University in 1990. As a rookie reporter for a national newspaper in Manila that year, John was assigned to cover four of the most dangerous cities in Metro Manila. Later that year, John was transferred to cover the Philippine National Police and Armed Forces of the Philippines. He spent the latter part of 1990 to early 1992 embedded with troopers in the southern Philippines as they fought with communist rebels and Muslim extremists. His U.S. journalism career includes reporting and editing stints for newspapers and other media outlets in New York City, California, Texas, Iowa, Utah, Colorado and Washington state.