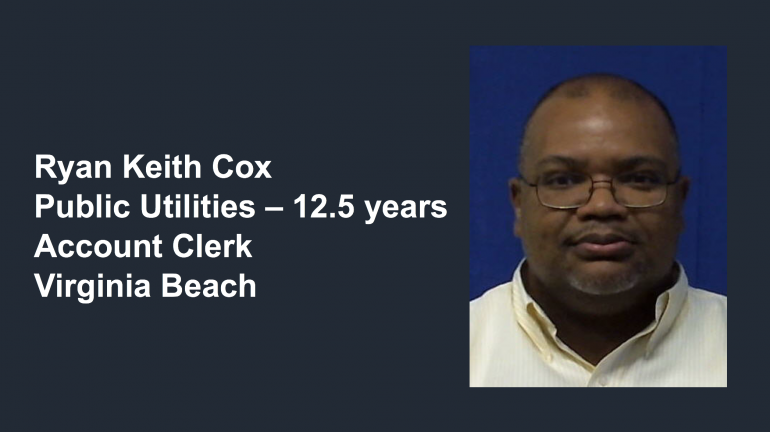 The United States Senate on Tuesday passed a companion bill mirroring one passed by the House to name a Virginia Beach post office after Ryan “Keith” Cox.

Cox was one of 12 people killed in the shooting. Rep. Elaine Luria, D-2nd, introduced the House version of the bill in June.

The full Virginia congressional delegation supported legislation to honor Cox’s memory by naming the post office located at 2509 George Mason Drive, not far from where the tragedy occurred. U.S. Sens. Tim Kaine and Mark Warner expedited consideration in the Senate, according to a news release from Luria’s office.

“I hope the President quickly signs this bill into law so we can properly remember a true hero. This is our chance to tell Keith’s story – to showcase his bravery to our community, our Commonwealth, and our nation,” Luria said.

The legislation now heads to the president’s desk.

After the tragedy on May 31, it was reported Cox saved a number of people that day when he helped his co-workers find safety and then stood watch for the gunman and said “I’ve got to see if anybody needs help.”

Cox, an account clerk who lived in Virginia Beach, had a “golden voice” & sang in his church choir.

There are 16 victims who were shot that day –four wounded and 12 who were killed, including Mary Louise Gayle, Tara Welch Gallagher, Alexander Mikhail Gusev, Katherine A. Nixon, Joshua O. Hardy and Michelle “Missy” Langer, all of Virginia Beach; Laquita C. Brown and Robert “Bobby” Williams, both of Chesapeake; Christopher Kelly Rapp of Powhatan; and Richard H. Nettleton of Norfolk.

The 12th victim, Herbert “Bert” Snelling of Virginia Beach, was a contractor who was in the building to seek a permit.