“Since taking office in July, the president’s office team has done a remarkable job of supporting me and the needs of the university,” Rowe said. “During the past six months, I’ve been considering how the office could best be structured to meet the needs of the university going forward. Michael and Jeremy are an essential part of that future. Please join me in congratulating them in these expanded roles.”

Since becoming William & Mary’s 28th president, Rowe has quickly shaped both the structure of her office and the university’s leadership team.

Immediately after she began, Rowe organized an Executive Leadership Team (ELT) made up of senior administrators, including vice presidents, president’s office staff, the chief diversity and communications officers, director of athletics and the provost. Rowe leads weekly meetings with the group, which is charged with setting strategic direction for the university and communicating it to stakeholders. Rowe has also reconfigured and expanded the president’s cabinet, which includes members of the ELT as well as a broader group of leaders within the schools and across the administration, including deans and vice provosts, who foster a shared understanding of W&M’s diverse interests and common goals. The cabinet meets regularly during the semester to provide feedback on long-term initiatives, goals and the setting and implementation of the strategic direction of the university.

Rowe said that as senior assistant to the president, Fox will serve a critical role within the leadership team and cabinet. As secretary of the board, he will continue to serve as the key link between campus and the university’s governing body. Rowe has also asked Fox to take on an expanded role in cultivating and developing relationships outside of William & Mary. He will also oversee major events at the university, including special guests, and serve as the office’s liaison with Chancellor Robert M. Gates ’65 L.H.D. ’98, in addition to working closely with Martin on critical issues involving the university. 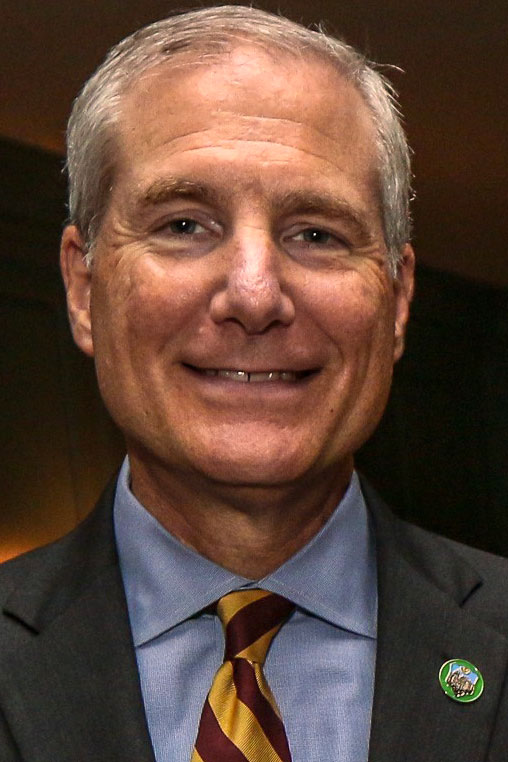 Fox, who graduated from the University of Virginia in 1984 with a bachelor’s degree in history and minor in international relations, came to William & Mary 22 years ago as director of government relations. He moved to the president’s office in 2002. In 2016, Fox was elected an honorary alumnus of William & Mary. This past May, he received the Algernon Sydney Sullivan Award. Announced each year during W&M’s Commencement ceremony, the Sullivan awards are distributed each year to two graduating students and one non-student in recognition of their influence for good, taking into consideration such characteristics as heart, mind and helpfulness to others.

“Michael has served four William & Mary presidents and his knowledge of the university and the landscape in Virginia is invaluable,” Rowe said. “He holds the utmost respect in our community and is an exceptional ambassador for the office.”

Martin started in the Brafferton (home of the president’s and provost’s offices) in 2009 as a graduate fellow and doctoral intern, conducting research and supporting the president and provost on a variety of initiatives while completing his doctorate degree in educational policy, planning and leadership. 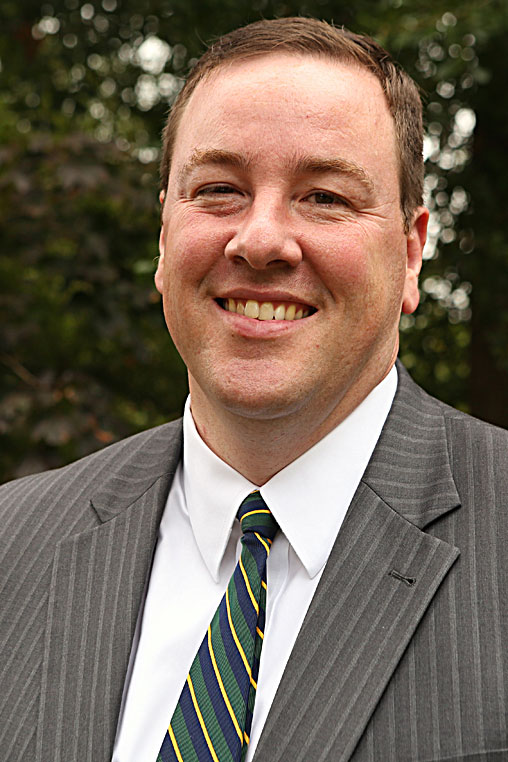 Rowe said Martin will continue to lead institutional research as chief of staff. In addition, he will be charged with working closely with members of the cabinet and the leadership team to advance and implement presidential and university-wide initiatives. In preparation for the role, Martin has been meeting with each member of the two groups to determine how best he can assist the university.

“In broad strokes, I’m asking Jeremy to work closely with our leadership groups to expedite successful implementation of initiatives, partner in idea-generation and strategic resource prioritization, enhance the efficiency of our collective efforts, and bolster our overall effectiveness,” Rowe said.