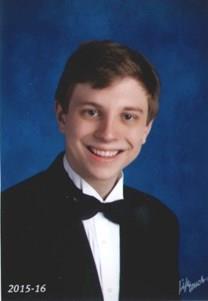 John Van Bergen, a 19-year-old from Williamsburg, died in January – a creative and loving light that went out too soon.

To celebrate John’s life, friends are hosting The John Van Bergen Compassionate Heart Event to raise awareness for two causes John supported – help for the homeless, and service dogs. The event will be held Sunday, 6 p.m. to 8:30 p.m. at the Fat Canary & The Cheese Shop in Merchants Square.

John was the youngest of Peter and Jamie Van Bergen’s three children.

“John was witty, smart, sarcastic (in a very funny way), and a loving person,” says Peter Van Bergen. “He cared deeply about the underdogs in this world, and absolutely loved all dogs.”

John also was passionate about film, music and art. He attended Virginia Commonwealth University School of the Arts where he focused on independent film and cinema distribution.

“He would have been an awesome filmmaker,” Peter says.

John’s “canvas” was the digital storage of any camera, and his “paint” was what he put in front of the camera – a dog, a person, or things he staged in a studio, his father says.

“He had an incredible gift for capturing feeling, beauty, or intrigue.”

John’s older sister, Elizabeth Van Bergen (28), says he regularly made her playlists of new music he loved, and texted her whenever he saw a good movie.

“My brother was really my best friend and the coolest person I’ll ever know,” Elizabeth says.

John’s big brother, Luke Van Bergen (25), says John was “more-than-selfless and always thought of others before himself.”

“He was highly sensitive and perceptive about both peoples’ feelings and his surroundings,” says Luke, a Los Angeles actor and producer.

“I think that it is important to reach out and allow others to help, because we can’t always do it all on our own,” he says.

Luke hopes John’s legacy, in part, will encourage community members to “look past the surface, reach out to someone if they are down, and let them know you are there for them.”

The Power family, owners of Fat Canary and The Cheese Shop, have been friends of the Van Bergen family for more than 35 years.  John was “gifted, loved dearly by his family, and had many wonderful friends,” says Cathy Power Pattisall.

“We want the community to know that John was a great young man, and that we are heartbroken that he died much too young,” says Tom Power Jr.

“This event is a way to celebrate John, to support the Van Bergen family, and to benefit two causes that were important to John,” says Mary Ellen Power Rogers. “It’s a small way to make something good from this much too short life.”

Proceeds from Sunday’s event will benefit:

“We are all about meeting peoples’ most critical needs for food and shelter during the coldest months of the year, and doing it with kindness and compassion,” says Ashley Willis, mission executive director. “We know John held those values and put them into action, too. John was proactive about showing his love and concern for people who were living on the streets.”

Tickets to the John Van Bergen Compassionate Heart Event cost $100 for adults and $40 for students. Heavy hors d’oeuvres, world class cheese, wine, and beer will be served during the live music event.

The Fat Canary restaurant and The Cheese Shop are located 410 Duke of Gloucester Street in downtown, historic Williamsburg.

If you or someone you know needs help, call 1-800-273-8255 for the National Suicide Prevention Lifeline. You can also text HOME to 741-741 for free, 24-hour support from the Crisis Text Line. Outside of the U.S., please visit the International Association for Suicide Prevention for a database of resources. 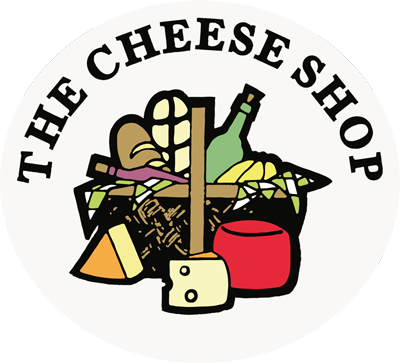 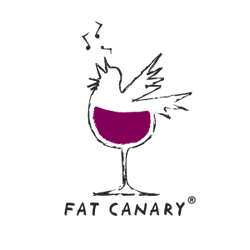