While accidental #twinning might be fun for the occasional Instagram photo, seeing your wardrobe all over town gets old, even embarrassing. Who wants to end up in wedding photos in the same dress as another guest or lose their child in a sea of department-store T-shirts at a birthday party?

Two Merchants Square boutique owners — Brittany Rolston of The Shoe Attic and Marty Wilson of Carousel Children’s Boutique — recognized the need for individuality when they started their small businesses that offer clothing, gifts and accessories no one else in the area does. Here are the stories behind their stores.

What Women Want
Rolston had just one year of experience working retail before she decided to open The Shoe Attic. A health condition led her to move in with her parents in Williamsburg, and she started working for a local small business. In 2010, her condition confined her to a wheelchair.

“It was the height of fashion blogging at the time,” Rolston says, who has always been interested in fashion but found it difficult to keep up with trends in her state. “To cheer me up, my mom bought me a pair of 5-inch cobalt blue Steve Madden satin shoes and I wore them in the wheelchair.”

The gesture worked, and Rolston was happy to be able to express herself again. That’s when she decided what her next career move would be — to open her own women’s shoe and apparel business and call it The Shoe Attic.

“The name is an homage to my dad,” Rolston says. “When I moved in with my parents, my dad built a shoe closet for me in our attic.”

But Rolston’s merchandise, which is about 50 percent shoes and 50 percent apparel, accessories and gifts, is far from anything you’d want to store away out of sight. She prides herself on offering items you won’t see in other shops in the area.

“Even our simple shoes, I’ll pick something in a different color like yellow or green rather than black or brown,” she says, who draws inspiration from her own family when selecting merchandise. 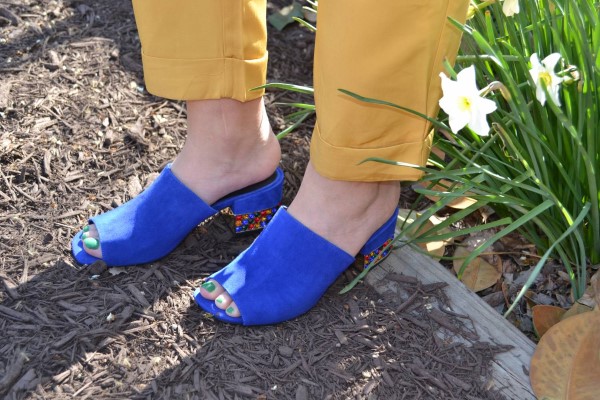 “When I go to market, I take my mom with me, because we have very different styles and she’ll see things that I don’t,” Rolston says. “I also have three sisters and we all have different styles, so I think about what each girl will like.”

Children’s Chic
Wilson also has made Carousel Children’s Boutique a family affair. She and her mother, Margaret Axtell, opened the shop in 1991 and worked together until Axtell retired about 10 years ago.

Today, Wilson’s daughter, Alexandra Chuckney, handles the store’s marketing and social media. Chuckney also attends buyers’ markets with Wilson, where the two look for unique merchandise you won’t find at big-box stores, something that wasn’t available when Wilson’s children were young, inspiring her to open the boutique. 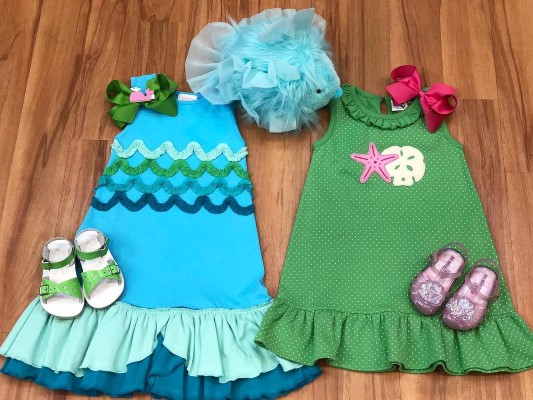 “What we’re looking for is well-made, one-of-a-kind children’s clothing,” she says. “I buy just one in every size, so when someone comes in and buys the size 5 Easter dress, that’s it. They’re not going to see it on someone else at church.”

Carousel Children’s Boutique has built a loyal following among locals and visitors in its 27 years in business, which Wilson says is her favorite part of being a small business owner.

“Catering to the local people, I get to know moms and their children well, and seeing the second generation come through, that’s the most exciting part to me,” Wilson says. “Just last week we had a customer drive in from Georgia who used to live in the area and said she bought all six of her grandchildren’s hospital coming-home outfits here. Those are the stories I hear that make it so special.”

Wilson says those relationships are a large reason her customers keep coming back as well.
“The unique thing about a lot of the businesses here in Merchants Square is the owners wait on our customers personally and we really get to know them,” she says. “You don’t get that in the department stores.”

Share
Facebook
Twitter
Pinterest
WhatsApp
Previous articleIn an emergency, those who have signed up will receive a text alert. And it’s not just about active shooters
Next articleNon-resident parking fees back for the summer at Jamestown Beach Event Park