Jonathan Frey gazes down at his open hand, then looks up.

“I like to think about the human thumb,” he said. “It evolved for a reason, and it wasn’t the spacebar.”

Frey was in his first couple of months as William & Mary’s new makerspace director. Makerspace users apply their thumbs to more than spacebars, but Frey says the tools — even the coolest of tools — are just the starting point.

“Humans have this innate desire to change the world around them,” he said. “So if you provide them with the space, then with the tools to amplify their thumbs, they will do that.”

Frey’s goal is to turn the thumb amplifiers up to 11 by expanding and consolidating the William & Mary makerspace environment. He says he wants to attract all members of the university community to a makerspace in which all the cool, thumb-amplifying tools are available in a safe, enticing setting. And he wants the magic to happen in one room.

“The ideal makerspace? Imagine something that combines an old-time machine shop with a Starbucks,” he said. The Starbucks part would be a safe, comfortable space from which people can learn tools and techniques of additive and subtractive manufacturing.

Frey says he spends a lot of time thinking about the necessary space for an ideal — or at least near-ideal — makerspace at William & Mary. He is making his case for the space in the ongoing design discussions for the fourth phase of the university’s Integrated Science Center.

He said the consolidation is a priority because the current makerspace environment is fragmented. Two members of the Department of Physics, Wouter Deconinck and Joshua Erlich, acted as volunteer coordinators of the Small Hall Makerspace, which long ago outgrew its original home in a single lab space on the first floor of the physics building to accommodate the addition of computing, electronic and rapid prototyping tools to the environment.

“Wouter and Josh have done an amazing job at getting those tools in house and setting up processes for some members of the community to come in and use them,” Frey said. “So we need to take what they’ve done and port that to the larger community.”

Small Hall doesn’t have the only makerspace at William & Mary. The School of Education and the Mason School of Business have joined the makerspace movement, as has Swem Library. Lisa Nickel, associate dean of research and public services at Swem, coordinates the library’s makerspace activities. She said she looks forward to Frey’s involvement with users at Swem.

“We want it to feel like anybody can come here and learn something,” Nickel said. “We’ve offered Jonathan spaces to teach classes and have group meetings. Our goal is really about making it open to everybody, from beginners to experts, and creating a place where students can learn new things.”

The makerspace expansion is just one facet of William & Mary’s growing program in engineering.

A new engineering physics and applied design (EPAD) track for physics majors will enroll its first students in the fall. A minor and self-designed major in data science has exceeded enrollment expectations. And Frey, with an academic base in the university’s Department of Applied Science, will begin teaching a new makerspace-based Introduction to Engineering course to William & Mary undergraduates in the fall.

The goal, he said, is to give the students the wherewithal to translate their ideas into the material world.

The technical knowledge will expand through a “tool steward” program: Frey will teach a person how to operate, for instance, the iSense 3D scanner. That person could then become a tool steward for the instrument, teaching others how to use the scanner.

“Each tool steward has a passion for a certain kind of manufacturing; it could be lasering or it could be crocheting. As they get up to speed in a certain kind of manufacturing, they teach others,” Frey said. “Once you get this critical mass of minds working, it becomes self-propagating, a nice, sustainable community of really productive people thinking in unique ways.”

The role of the makerspace is “to keep up with the advancing frontier,” said Dennis Manos, vice provost for research at William & Mary.

He gave the example of semiconductor manufacturing, which has been using an iterative deposit-pattern-etch process to build a chip in layers. He explained that the advancing frontier has extended the availability of sophisticated manufacturing instruments.

“Additive manufacturing, what semiconductor people have been doing for 40 years, is now all the rage in manufacturing macroscopic objects that you can see,” Manos said, instancing 3D printing, laser-assisted deposition and compactification of sintered materials.

“There are all these wonderful techniques. Not one of those things I said is new,” he said. “But small versions, not as capital-intense, are now available to people who want to learn the basics. And a makerspace is the place for them.”

Under Frey’s guidance, the makerspace will allow members of the William & Mary community to amplify their thumbs in order to take on large and ambitious projects, although he also takes seriously work at the other end of the complexity spectrum: Frey cites crocheting as a “method of manufacturing.” But a projects list on the makerspace whiteboard lists a “self-driving car,” and he says that even Dr. Evil’s holy-grail makerspace request is not beyond the realm of possibility.

“Sharks with laser beams attached to their heads? Sure. We’ll give it our best shot.” 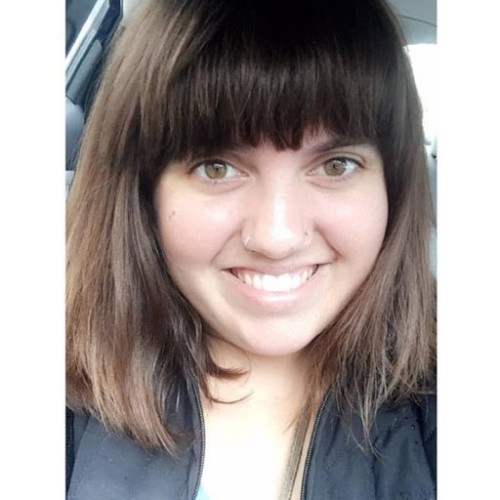