Billsburg Brewery is going all out for its very first St. Patrick’s Day weekend, according to owner Dave Baum.

“We are going to light this place up with green,” Baum said.

On Wednesday, the brewery released a new style of beer in preparation for a four-day St. Patrick’s Day celebration. Billsburg’s New England IPA is hazy, juicy, and fruity, according to Baum. Its sweet flavor makes it a beer that younger drinkers tend to enjoy, Baum said.

On Friday, Billsburg will release Belfast City. This beer has been seasoned in a whiskey barrel for three months in preparation just for this weekend. The beer brings out the flavors of whiskey, vanilla and oak, according to Baum.

“It’s at 4.8 percent alcohol, so you can drink it all day long without getting drunk,” Baum said.

The celebrations at Billsburg kicked off on Thursday. They’ll continue through the weekend with live music, food and a parade at 6:30 p.m. on Friday with three bagpipers, two drummers and two golf carts, according to Baum.

To finish the weekend, Billsburg will offer a kegs and eggs brunch on Sunday from 12-3 p.m., with live music from Poisoned Dwarf and food from the Black Pearl Food Trailer.

“We want it to be a block party with Irish-influenced dishes and a new American twist,” Boss said.

Food from various locations, such as The Hound’s Tale and Old City Barbeque, will have stations.

There will be Irish food, such as potatoes colcannon, a whipped, savory mashed potato recipe with pork-belly pastrami and braised cabbage, according to Voss. Some other featured food will be corned beef brisket and lobster- pot pie.

There will be six other craft breweries featured at the event, such as Benchtop Brewing Co. and Smartmouth Brewing Co. from Norfolk.

Amber Ox will also be releasing a new beer, Steodaire. It’s an Irish-potato malt with a clean taste similar to a strong American lager, Voss said.

The St. Precarious Day festival will take place on the street outside of Amber Ox, in a 120-foot tent, and the brewery will be open on the inside serving cocktails and wine for those not interested in craft beers.

Tickets for the event are $30 and can be purchased at the door or online.

The Virginia Beer Co. will be kicking off its second-anniversary week-long celebration on Saturday with a tented beer garden and new beer releases.

“Whenever we do a release like this, it is usually a big party atmosphere,” said co-founder Chris Smith.

“Waypost Week,” as the brewery calls it, will release three new styles of imperial stout that have been aged in different bourbon, brandy and rum barrels, according to Smith.

Every day there are 12 beers on tap, eight of which switch regularly. The Virginia Beer Co. has released a new beer every week since it opened, totaling 160 beers in two years.

But on Saturday, the brewery will also be tapping special versions of beer, such as its vanilla bean, that will be available for one day only; there will also be special glassware offered with the new release.

“It doesn’t usually happen like this, but because we get to celebrate on a weekend this year we are going to have a surprise for guests that come,” Artrip said. 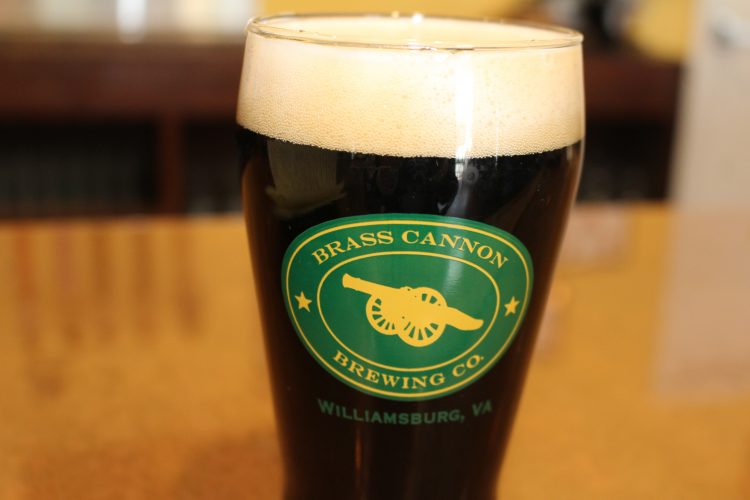 For the celebration, Brass Cannon will release its new Irish Stout IPA.

On Friday, the weekend will kick off with live music from Fiddler’s Green, a Irish- and Celtic- inspired band, according to Altrip. On Saturday, Poor Boys Food Truck will be available to guests, serving traditional Irish fare such as corned beef and cabbage.