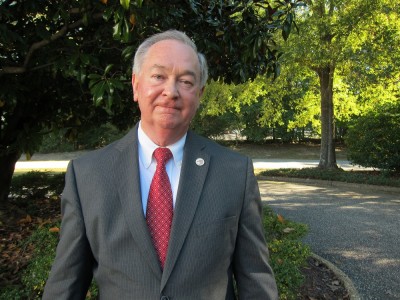 The deadline to submit letters of interest and résumés to fill the District 4 seat on the York County School Board left vacant by the death of Page Minter lapsed Monday.

York County School Board Chairman Dr. Robert George said the Board will vet the applicants on Friday and determine who they want to interview for the interim seat. The Board received nine applicants, which George said he considered to be a “good response.”

“District 4 needs representation, and we know that,” George said. “As you can imagine, it’s big shoes to fill.”

George added the goal for the Board is to make an appointment by May 16, which would give the new member a week before their first regular school board meeting May 23.

May 16 is also three days before the Board’s 45-day deadline to make an appointment.

The new appointment will go on to serve in the seat until a candidate is elected in a special election Nov. 8, which coincides with the general election. The person elected in November will fill the seat for the remaining three years of Minter’s four-year term.

Residents interested in being considered for the interim appointment had to be qualified voters and live in District 4 at the time of appointment.

The board also has the option to leave the seat vacant, but George previously said the Board would want to be in control of who fills the seat. If no one is named by the May 19 deadline, the York-Poquoson Circuit Court would have the option to make an appointment.