Lafayette Parents Call for Auxiliary Gym, Walkway to be Added to CIP 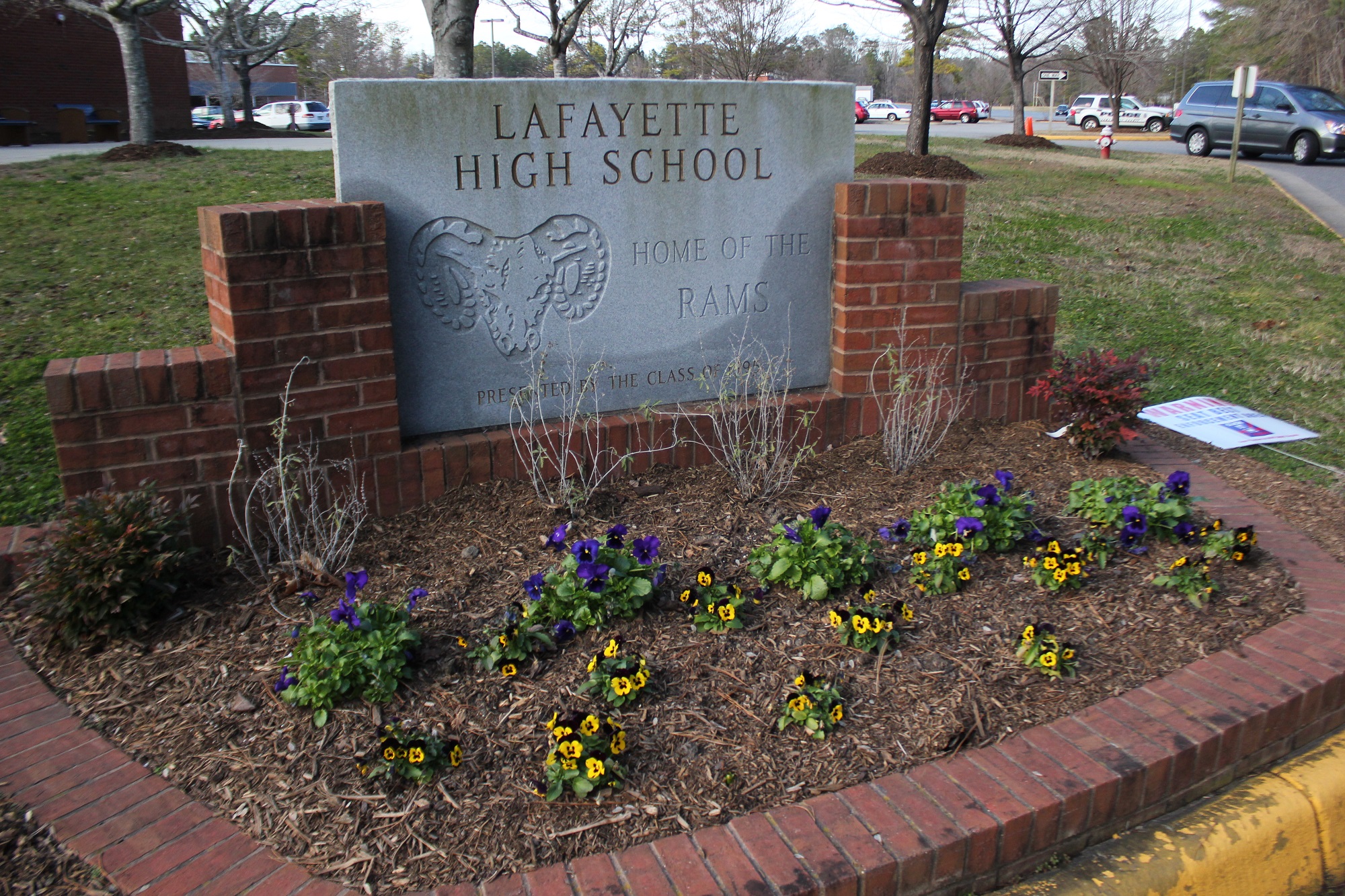 Parents of Lafayette High School students are calling on the WJCC School Board to include three improvements to athletic facilities in the 10-year Capital Improvement Plan, a document it can vote to adopt tonight.

Kathy Woollum, president of the LHS Athletics Booster Club, advocated for an auxiliary gym, practice field lighting and a bridge walkway between the school and the Warhill Sports Complex, or WISC, to be added to the CIP during a public hearing Nov. 17.

Woollum said she and booster club treasurer Kristan Holm have reviewed past CIPs and said all three items were previously listed in capital improvement plans but in subsequent years disappeared.

“Our question has been why are they falling off and why are they not getting the consistent attention they deserve for full implementation?” Woollum said.

In an email to WYDaily, WJCC spokeswoman Betsy Overkamp-Smith wrote Superintendent Steve Constantino intends to revise his proposed FY 2017-2026 CIP to include the three Lafayette improvements.

The cost to complete the auxiliary gym would be $2.1 million, according to a 2015 preliminary estimate, while the walkway would cost $979,355 in 2016 dollars to complete, Overkamp-Smith wrote. A total for the field lighting will also be in the revised CIP, which the School Board will review tonight.

Holm said while including these items shows the School Board is committed to making the improvements happen, she said there is still no guarantee they will happen.

“We don’t have the assurance they won’t be added and then dropped again,” Holm said. “These are urgent requests. The sooner they’re added to the budget, I just feel like it shows their strong commitment to our needs.”

The need for each item “boils down to safety,” Woollum said, whether it’s the “inherent safety issue” of traveling to another practice space, the challenges faced by the marching band when rehearsing on a dark field or the danger of crossing a wooded area to reach the WISC fields.

Achieving resource equity with Jamestown and Warhill high schools, which Woollum said offer an auxiliary gym and a double capacity gym, respectively, is also a goal of the booster club’s advocacy.

Woollum said the booster club is asking the School Board to include all three items in the CIP budget for fiscal 2017, which begins July 1, noting the urgency to provide more practice space when the gym at the former James Blair Middle School is proposed to be demolished to make way for the new middle school next year.

More than 400 people have signed an online petition to show their support for the three improvements. Several parents have sent emails to the School Board and some received responses from Board Chairman Jim Kelly (Jamestown) and member Joe Fuentes (Powhatan).

“People are responding and they’re talking to neighbors or they’re talking at a sporting event,” Woollum said. “It’s been a slow and steady process. This conversation has been happening one person at a time.”

Alan Robertson, the WJCC School Division facilities manager, said an auxiliary gym for Lafayette was proposed jointly with gyms for Jamestown and Warhill high schools in 2009 or 2010. The decision was made to build an auxiliary gym at Jamestown and, rather than build gyms at the other two schools, James City County would expand its offerings at WISC to better serve both schools.

Robertson said the Jamestown gym was built in 2012 but the expansion at WISC has not come to fruition. While plans for the new building at WISC were “resurrected” earlier this year, a building was not included in the adopted FY2016-2020 CIP for James City County.

Robertson said practice field lighting has not been in the CIP before and such an item may have been mistaken for a project that included the installation of lights inside the school in the same year the practice field was resurfaced.

As for the bridge walkway, Robertson said there had been a proposal for the project but it was ultimately scrapped because it would have been too expensive to complete and achieve compliance with the federal Americans with Disabilities Act.

He noted there is a safe way to access WISC from the high school; students can take the sidewalk along Longhill Road and turn right at Warhill Trail to reach the fields at WISC.

“That way is paved and is accessible and is a good route,” Robertson said.

During the Nov. 17 School Board meeting Fuentes recalled the building planned for WISC, while city representative Elise Emmanuel noted Lafayette does have an auxiliary gym but it does not function as one.

Robertson confirmed this gym, which was likely considered an auxiliary gym when the school opened in 1973, is not comparable in size to the Jamestown auxiliary gym and currently serves as a weight room.